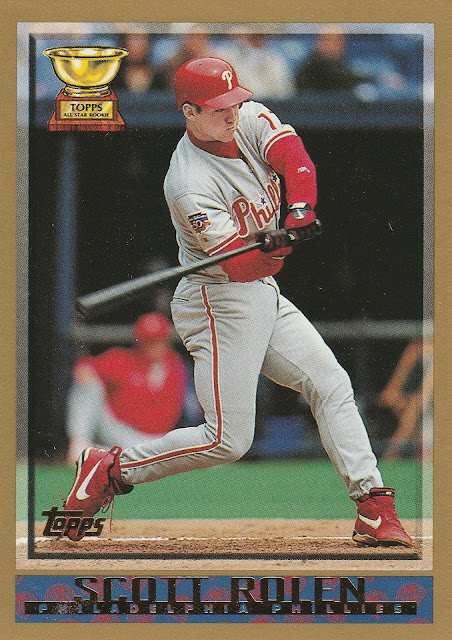 It's a pretty straightforward formula - be the Rookie of the Year, get a spot on the Topps All-Star Rookie roster. That was certainly true for Scott Rolen, who had a very good rookie season in 1997, good enough to be the NL Rookie of the Year. He was the perfect choice to be the Topps All-Star Rookie 3rd Baseman. Rolen led the Phillies in Homers, Runs scored, Runs Batted in, Walks, and Stolen Bases. 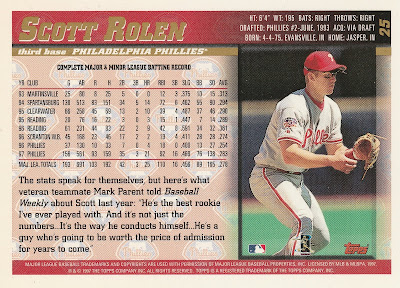 Not only was Rolen putting up big numbers, but his teammates were impressed with how he did it. Then 35 year old journeyman catcher Mark Parent summed it up best by saying Rolen was "going to be worth the price of admission for years to come." 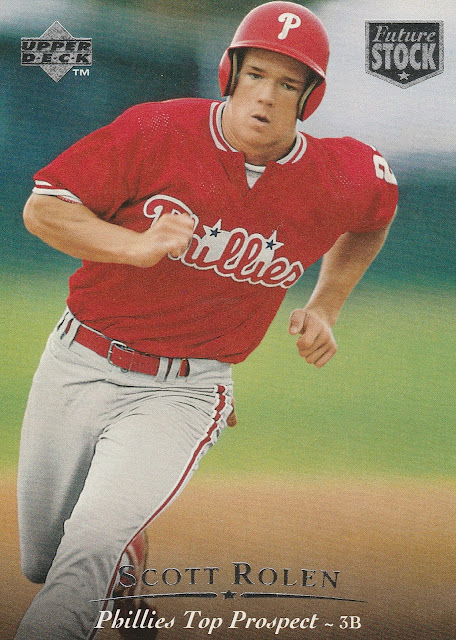 Rolen was the Phillies 2nd Round selection in 1993, drafted right out of high school from Jasper, IN. He was, like many All-Star rookies, a multi-sport star. In addition to baseball, Rolen was a phenomenal basketball player, setting a record for points in a game (50), and scored 47 in a sectional playoff game -- with a severely sprained ankle. He was recruited and offered basketball scholarships from Georgia and Oklahoma State, but the Phillies' offer to Indiana's Mr. Baseball was too good to pass up. Rolen was also a skilled tennis player, and might have made a good quarterback had he not been injured playing football, deciding to stick with Basketball and Baseball. It is worth noting however that all of his teammates and coaches were quick to point out his humility despite his obvious great talent. 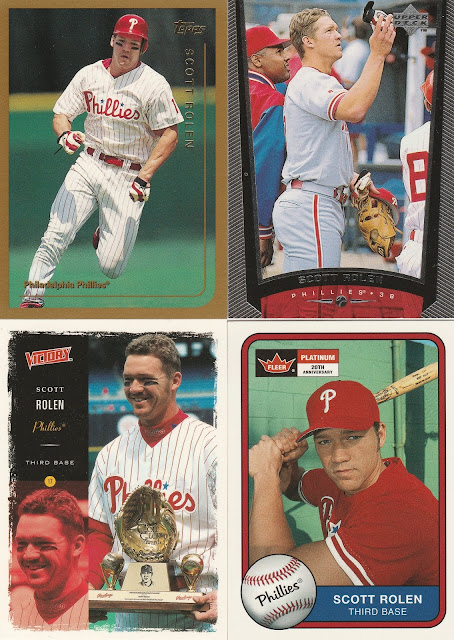 In his second full MLB season, Rolen won his first Gold Glove at third base. He also hit 31 homers and drove in 110 runs for the Phillies, leading the team in both categories. He was also the Phillies leader in Wins Above Replacement. In 1999 he had an OPS+ of 120, and followed it up with another outstanding season in 2000, winning his 2nd Gold Glove and once again hitting big in the middle of the order. The team was struggling however, and Phils Manager Terry Francona was fired in the off-season. Larry Bowa was brought in to replace him, and friction between Rolen and Bowa began almost immediately. When Bowa openly criticized Rolen for not hitting in a series against Boston, the relationship took a turn for the worse. Rolen later played through criticism from general manager Dallas Green that August, stating that Rolen was "not a great player," so the following spring, entering his final season of his contract, Rolen expressed the desire to be traded, and also that he wanted to leave because they didn't want him, and weren't likely to keep him (or the rest of the talented young core) for the long haul. He would be ripped by the media as well that season, being labeled a "clubhouse cancer" for his earlier comments about management.

The Phillies would trade Rolen to St. Louis in exchange for Placido Polanco, Mike Timlin, and Bud Smith. The Cardinals organization was a great landing spot for Rolen, who had an appreciation for Rolen's style of play and of course his skill both on offense and defense. He would make an immediate impact in St. Louis, hitting .429 in the NLDS, though his post season was cut short due to injury and missed the NLCS. His best individual season was 2004, when he hit 34 homers and drove in 124 runs, finishing 4th in the MVP voting. He slashed .314/.409/.598. He had a 158 OPS+ and had a WAR of 9.2 - good for 3rd best in the NL that year (Thanks Barry). But his best season in Saint Louis was probably actually 2006, because it was the year his team became World Series Champs. After going hitless in the 2004 Series, Rolen would redeem himself by hitting .421 in 5 games including a home run. 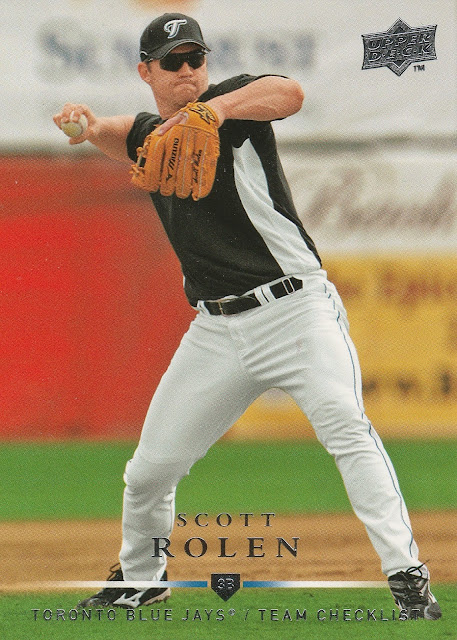 Following his tenure in Saint Louis, Rolen was traded to Toronto, where he had a subpar offensive season, then hit .320 in the first half and the Jays traded him again, back to the NL central to play for the Reds. In Cincinnati, Rolen was the veteran presence that would lead by example. He would return to the All-Star game for the 6th and 7th time as a Red, won his 8th Gold Glove, and helped take the Reds to the post season in 2010 and 2012.

Rolen's 8 Gold Gloves are 3rd most all-time for a third basemen, trailing only Brooks Robinson and Mike Schmidt. Rolen played every inning in the field as a third baseman in the big leagues, Over 17,000 innings and is 12th All-Time in Games Played at 3rd. It is ironic, then, that the biggest knock on his Hall of Fame case is the time he missed. Injuries ended his season in 1996, ended his post season prematurely in 2002, and cost him a large portion of his season in 2005. He was also limited in 2007 and in the following seasons due to injuries to his shoulder and hand. As a hitter, Rolen combined walks, hits, and power in a way that few major leaguers could match. While 2,077 hits, 517 doubles, 316 homers, and 899 walks doesn't seem all that impressive, only 23 players in the history of the game have had that level of success across all of those categories.

During his time in baseball, his batting average was 13 points higher than the league average, his OBP was 25 points higher than the league, and his slugging was 61 points higher than league average (don't forget that this is in the Steroid Era, when slugging was potentially artificially inflated, and expansion had diluted the league's pitching.). So the resulting picture is one of the best fielding and one of the best hitting 3rd Baseman of all time. On the 2020 ballot, his support doubled from the prior year, now over 35%. Hopefully that trend continues, and voters appreciate the player Rolen was.

Do you have any good Scott Rolen memories? I'd love to hear them!