Pucketts With Extras from A Shoebox Legend 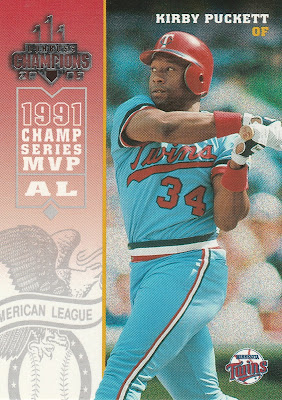 Shane of Shoebox Legends fame swapped PWEs with me this summer, I made out like a bandit with three new to me Pucketts. 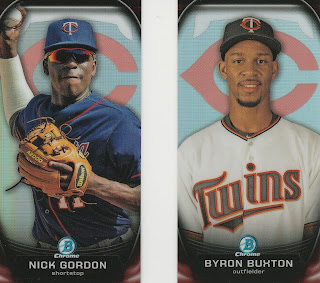 Nick Gordon is making steady progress through the minor league system, though he might run into a roadblock at the MLB level with Dozier and Jorge Polanco in the middle infield. 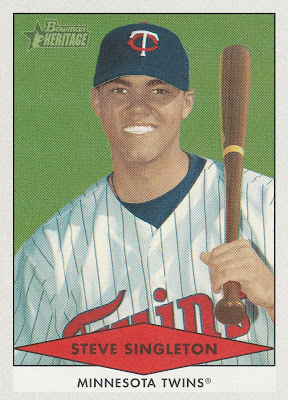 Learn something new everyday! This is my first Steve Singleton card, he went to the University of San Diego (just like Kris Bryant and fellow Twin Anthony Slama). Singleton advanced as far as AAA in the Twins system, but was released mid season in 2011. He signed with the Phillies, played on their Single-A and AA teams, and was done playing pro ball after that season. He's currently the hitting coach for the Twins Single-A Fort Myers Miracle, managed by Doug Mientkiewicz. 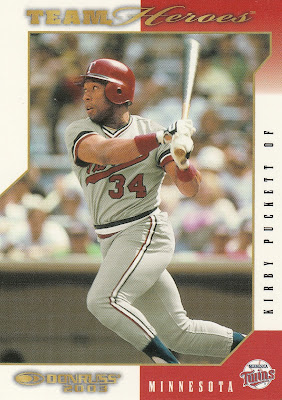 Old school mid 80s Jersey, back when Puck was a speed guy first and foremost. 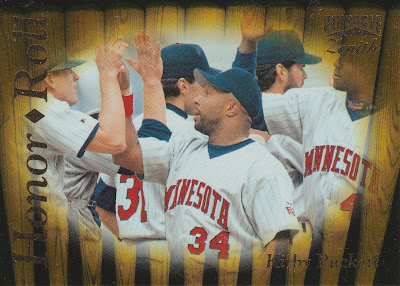 So many inserts in the 90s! I've now collected over 400 different Puckett cards and that's still only about 15 percent of his total cards! Big thanks to Shane for helping make a dent in that number.