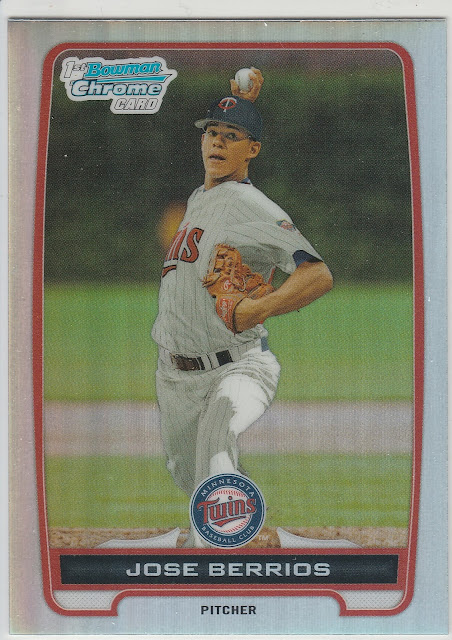 I've been buying some cards regularly (about once a month or so) from a seller on Facebook, and it's been working out pretty well for me. I was skeptical at first, but now I've purchased cards from this same seller 5 or 6 times now and the cards have always arrived, and the prices are competitive with what I find for Twins at my local card shops and card shows. I can probably get better deals if I hustled for these same cards on eBay, but to be honest, I'm paying as much for the leg work as anything else. 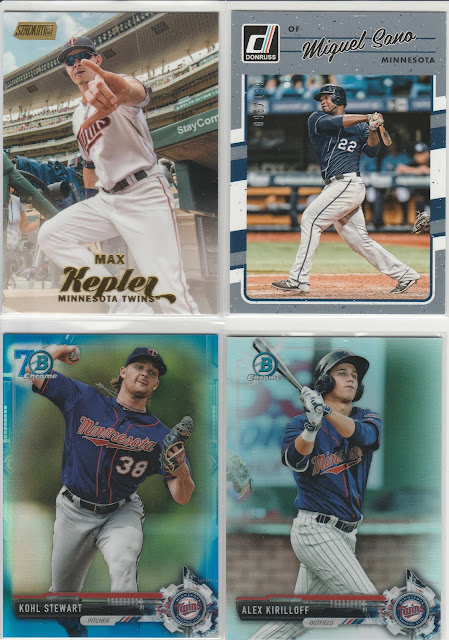 This seller will contact me and send a bunch of photos. I pick out the cards that I like, we negotiate a fair price, and that's all. By finding a short stack of Twins for me, I generally can get a good deal by buying several at once. No drama if a card is not for me, I just politely decline and we move on. 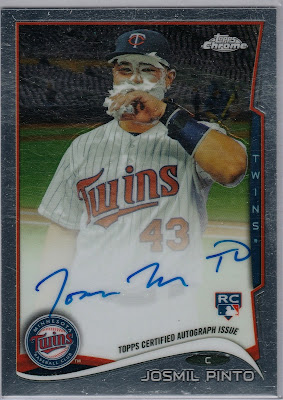 This Pinto card was tossed in as an extra this time around, even though he was up front about when he was shipping, he still felt that it took longer than usual to get the cards to me. 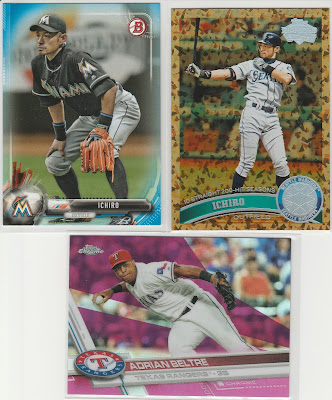 I also asked about Ichiro and Beltre cards, as I was looking to add a few more to my collection. 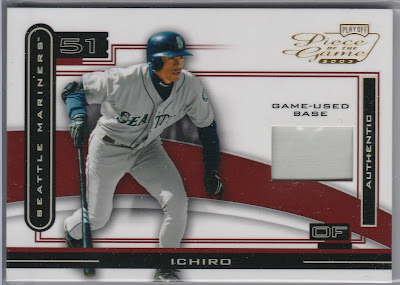 A game used base! 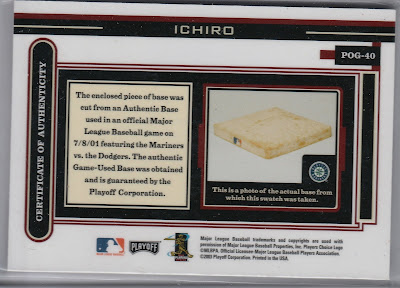 I think it is right to be a little wary of these. Playoff went so far as to show a photo of the actual base, as well as a blurb about the game in which the base appeared. The game was at Dodger Stadium, Ichiro went 1-4 with his 20th double of his rookie season. He was hit by a pitch as well, and scored a run. That means he spent a little time at every base in the game. The Mariners won 9-2.
Posted by Brian at 6:59 PM