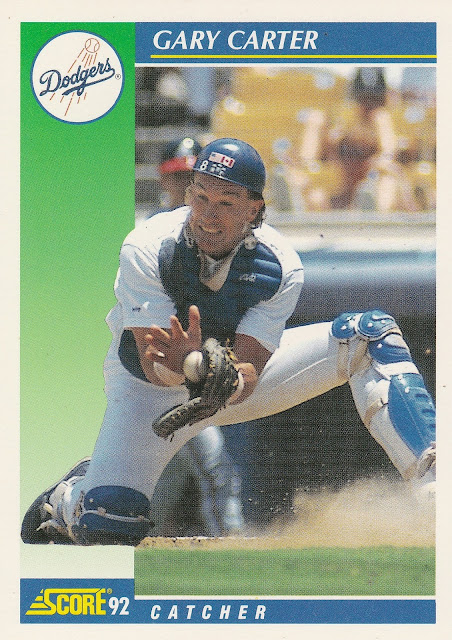 Mike of Not Another Baseball Card Blog is working on a couple sets and I have one shipment so far (more coming soon!) his way. These cards, including the awesome Gary Carter above, came in return. 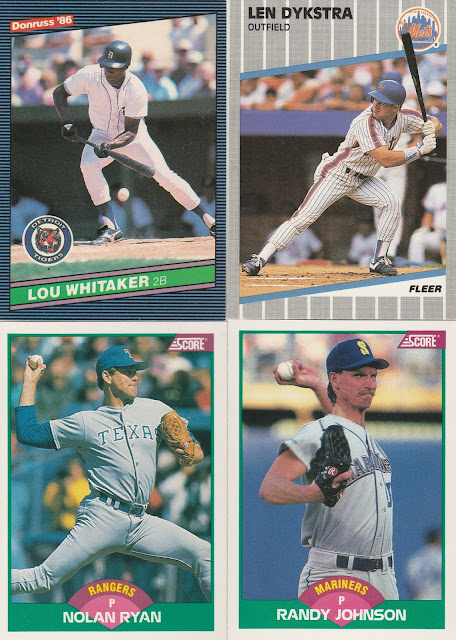 The two Hall of Fame pitchers came from the 89 Traded set, one at the beginning of his career, and the other just starting his final ride into the sunset. 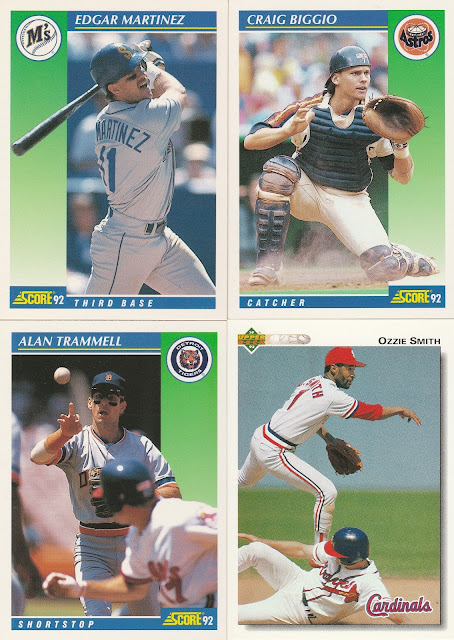 A few of these were featured recently in another trade, but that'll happen when you have cards on your want list from the late 80s and early 90s. 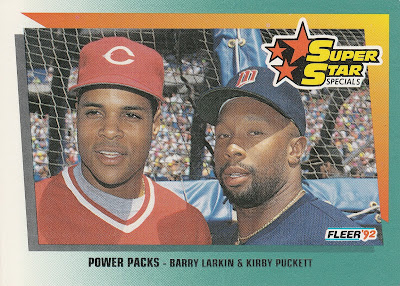 Last but not least was this pair of Hall of Famers that became legends for their teams, spending their entire career with the same team.

Thanks again Mike, I will be sending some more cards your way soon.
Posted by Brian at 6:39 PM