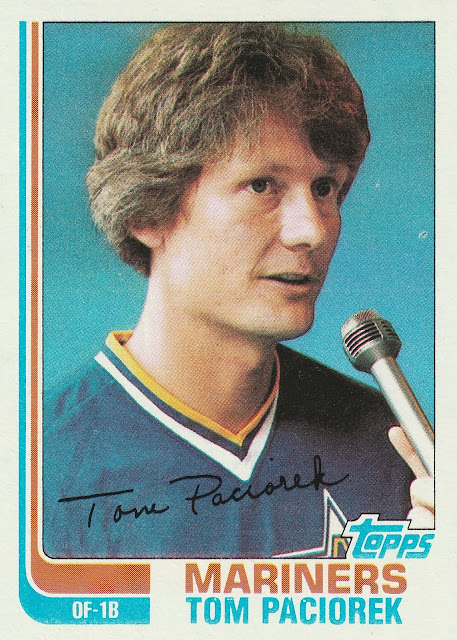 I've nearly completed a post on each MLB team in the various 1981 set, and I've started to organize and strategize for the following season. Here is a sneak peek at some of the cards that are going to be seen in the 1982 team frankensets. 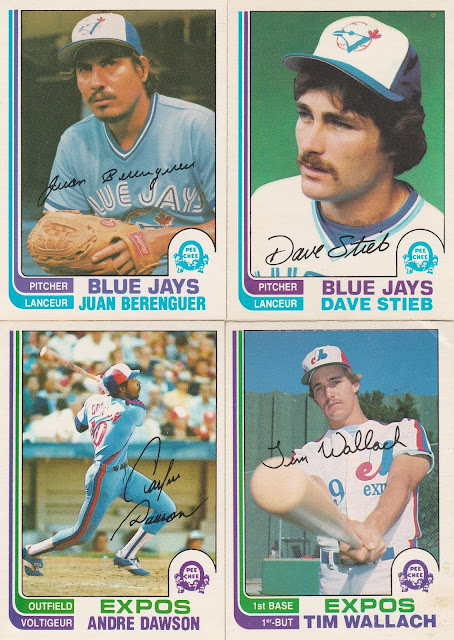 The 1982 O-Pee-Chee set doesn't feature much in the way of alternate photos like 1977 or some other years, but I do like to have a little Canadian Connection in these sets. 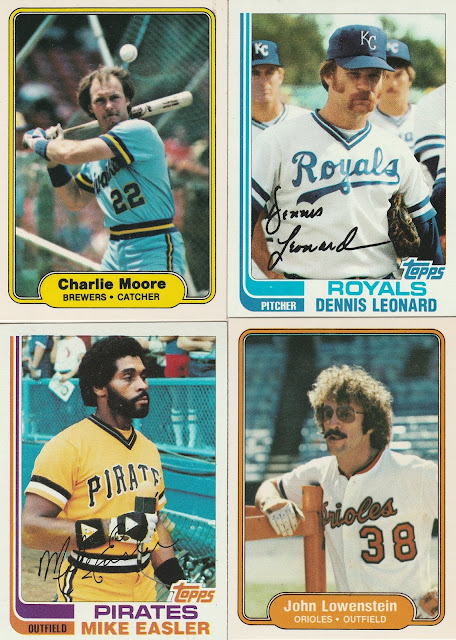 Hairstyles in the early 80s still had a distinctly 70s flavor to them, and there will be quite a few interesting entries displaying some amazing follicular feats. 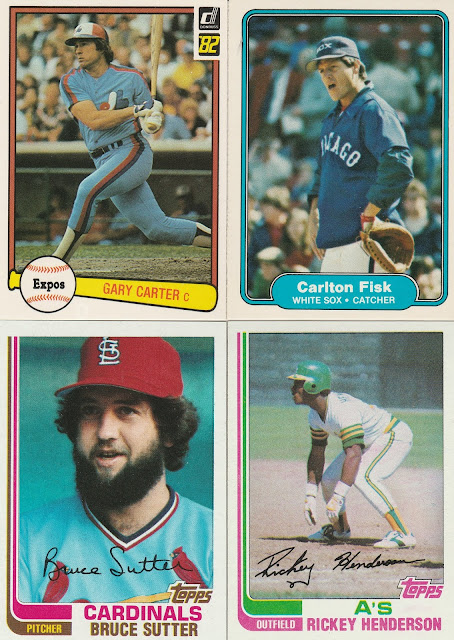 1983 comes up a lot as a voluminous Hall Of Fame class, but 1982 still has plenty to offer. You'll older stars nearing the end of their career, and younger players still in their prime. 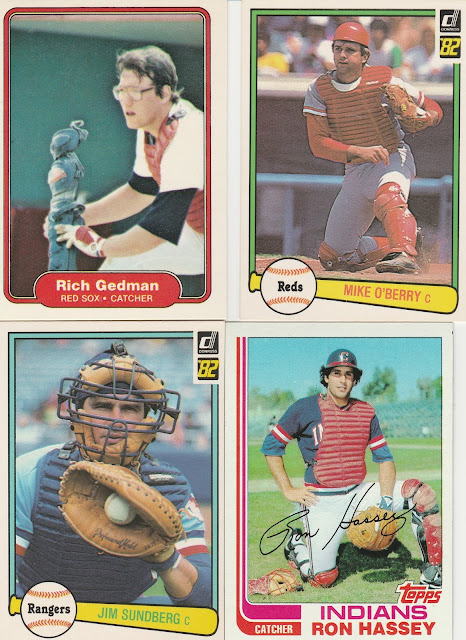 There will be a fair amount of catcher cards, as they routinely have some of the most interesting cardboard in every set. 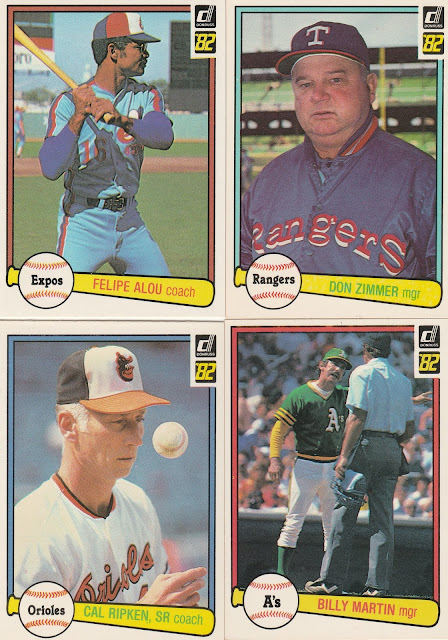 Fans of Managers and even bench coaches will have plenty of options to enjoy. 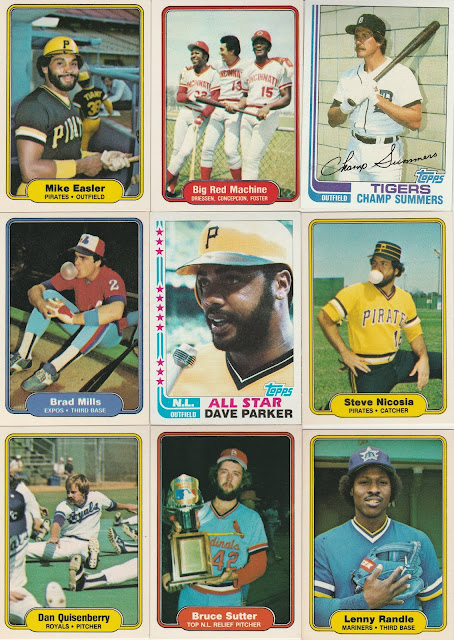 There's sure to be something for everyone on these team sets... I will say that in putting together these teams, Fleer's set is sneaky good. Donruss was a bit of a disappointment, though it is saved by managers and coaches. Topps is still the big man on campus. I'm also thinking that the Pirates team will be one of the harder ones to narrow down to just 9 cards!