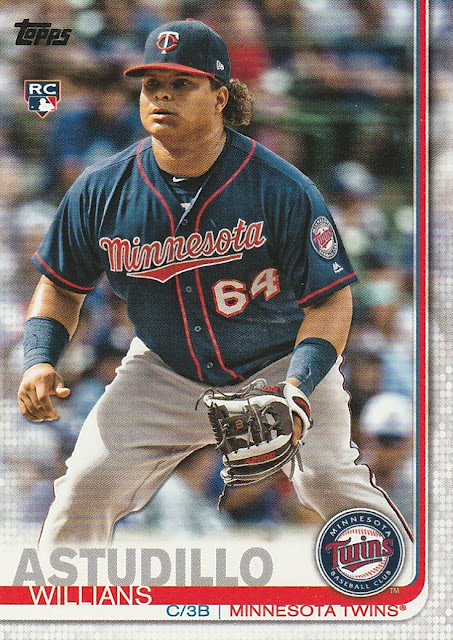 Series 2 has been out for a hot minute now, and of course the card I have the most interest in is the rookie card of Willians Astudillo, media darling. 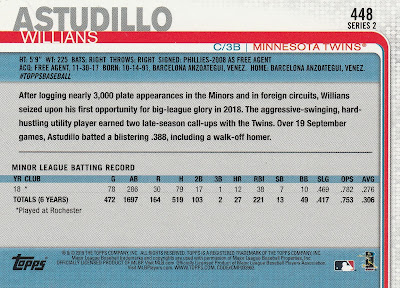 He just went on the injured list today after crashing into the right field wall to make a leaping catch during Tuesday night's win. Since being recalled, Astudillo has played Left Field, Right Field, 3rd Base, 2nd Base, and Catcher. 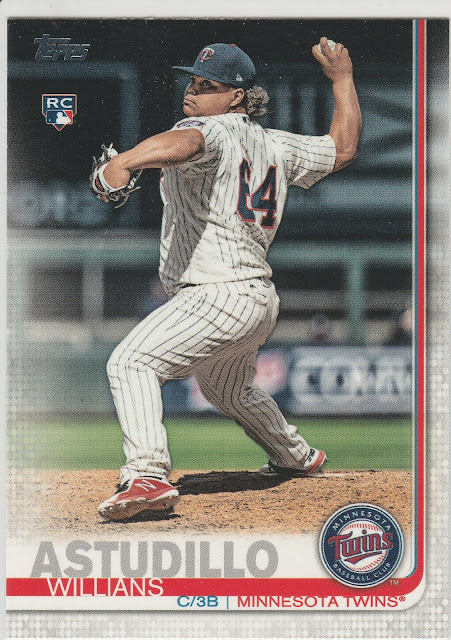 Last year, he even pitched! The is the Short Print photo variation, and I assume it would confuse a few people to see this guy on the mound with "C/3B" as his listed position. It wasn't a great pitching appearance, going one inning and allowing 5 runs (2 homers), but he finished the game, saving the bullpen to fight again another day. 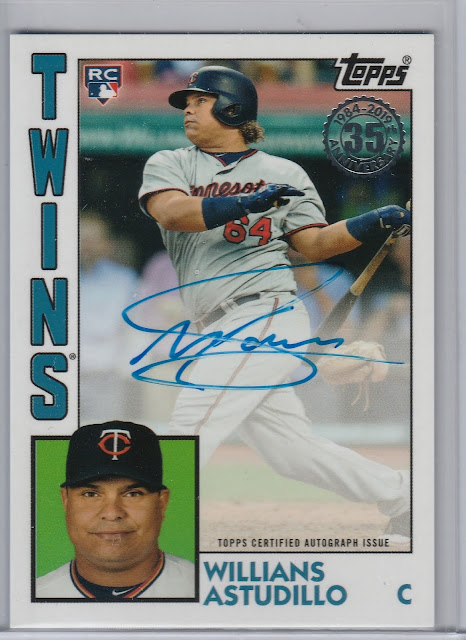 Topps caught on quickly to Astudillo's appeal, and he's in a ton of different sets now. They also had him sign for the 1984 design inserts, and I was happy to add this one early on. 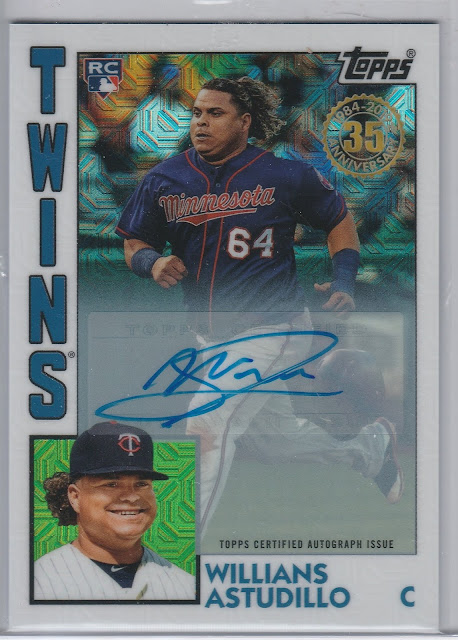 He also signed some cards with the Chrome treatment, again sporting the 1984 design, but 2 different photos. The main picture is from his 1st to home dash that put him on the map of internet memes and into our hearts. 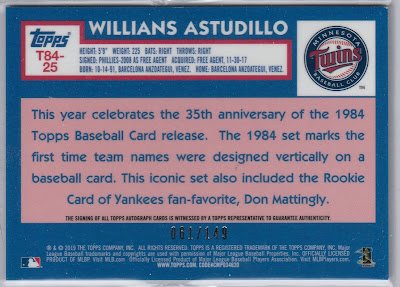 Topps made just 149 of this Astudillo auto, I was happy to get my copy at a reasonable price. I haven't added any base parallels yet, I know there will be plenty to choose from.