Not a Total Disappointment 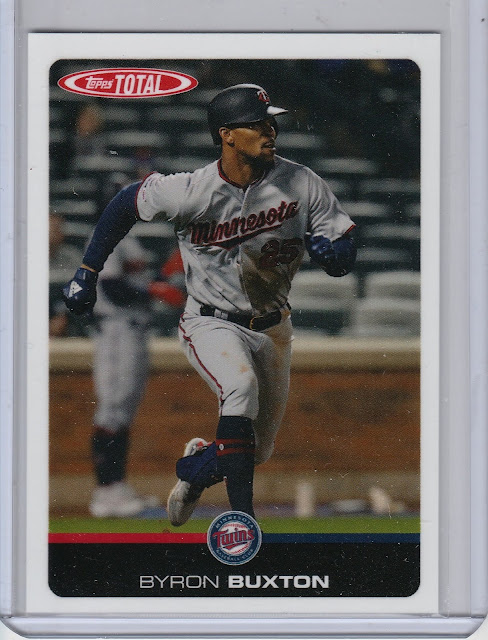 Topps is at it again - taking an old design and re-releasing it into the wild. Topps Total was a simple enough concept. Just like Pokemon, Topps Total was attempting to catch all the major league players for each team. 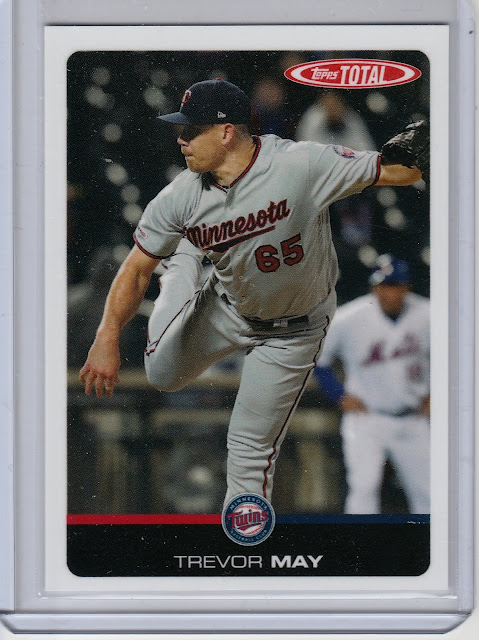 Getting those pesky middle relievers and third catchers and 39th out of 40 roster guys onto cardboard was one of the big benefits of the first run of Topps Total. The other big plus? The packs were cheap! 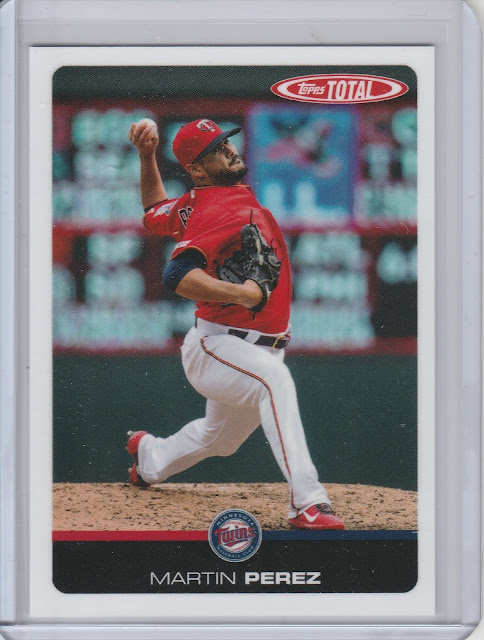 This time around, the checklists are still deep, but you better hope your pockets are too. The cards are online exclusive, and are being released in "waves." The Twins have 4 players in Wave one, and I was able to track them all down on eBay. Nice to see Martin Perez, one the team's early surprises and 5th Starter, getting in on the Total action early on. 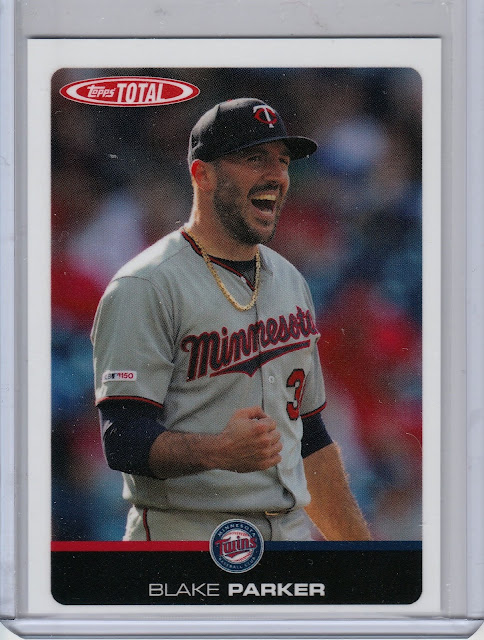 I paid more than I wanted to for these, but fortunately for the next wave I found that the guy I buy my Topps NOW cards is selling team "sets" for each wave and I can save a few bucks from now on. I think the Blake Parker card is miscut top to bottom? 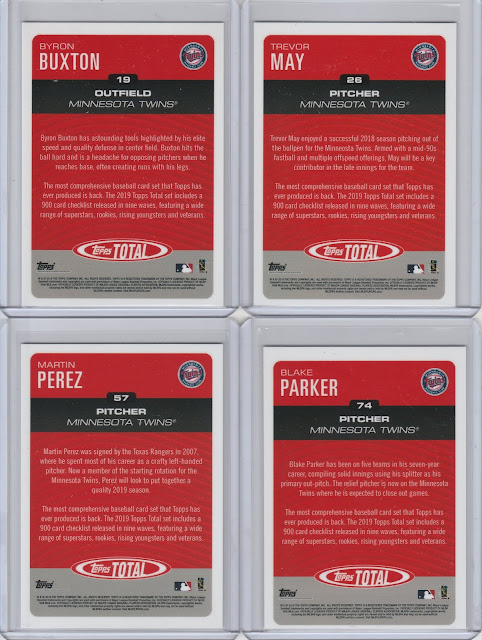 Here are the backs - each player gets a biographical sentence. All the cards have a blurb describing the set, which is fine, but hey I already paid for these cards, I know what they are... Since they are only for sale online, why not use that space for stats?