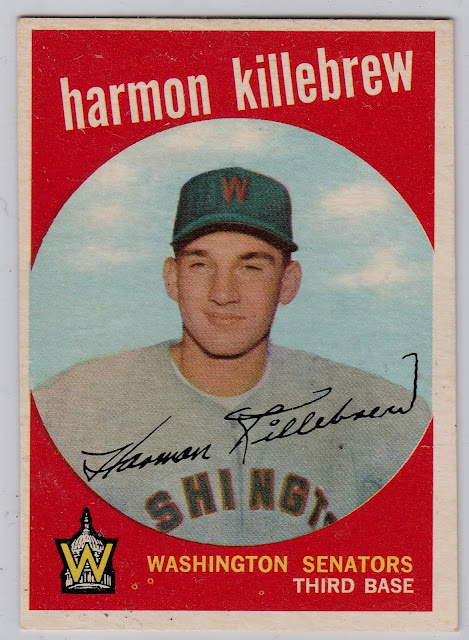 Normally I save the best for last with my card show posts. This time, I couldn't wait! I haven't posted in over a week (this card show was last Saturday), and I figured I could earn back some eyeballs by leading with a big one. 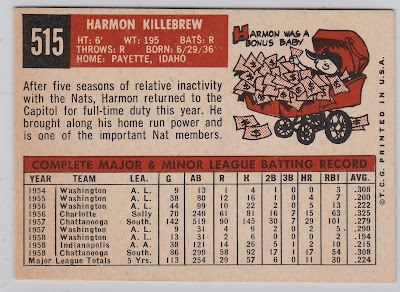 Not only is the Killebrew card a Hall of Fame player from my future favorite team, but it is a high number card in a set I've been working on for over a year. This card is sharp! I've looked at several versions of this one in the last year, this one is probably the nicest one I've found in my price range. 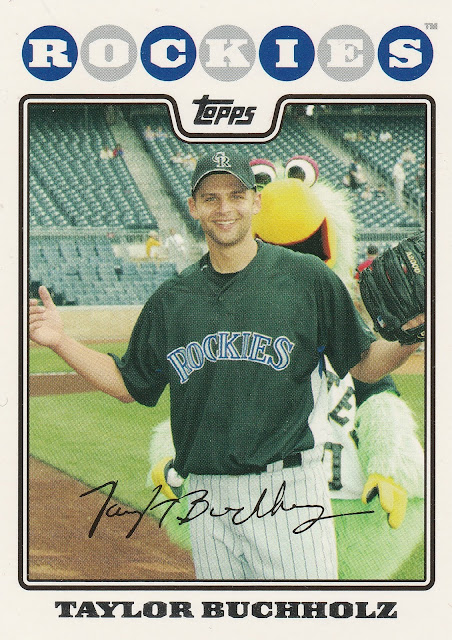 There was also a great new dime box this time around - in addition to gems like the Parrot's Photobomb, this box had something I don't normally see at the show. 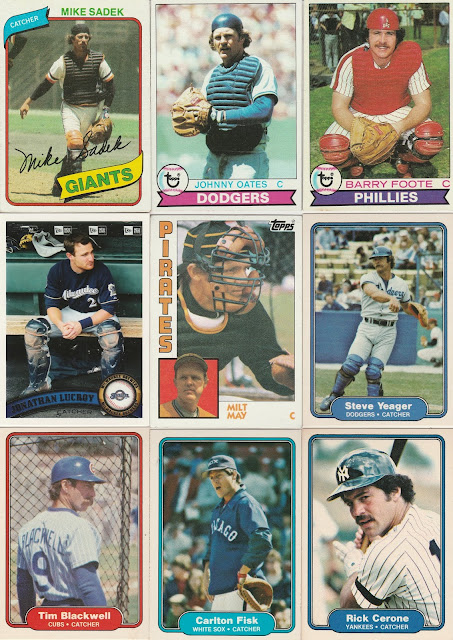 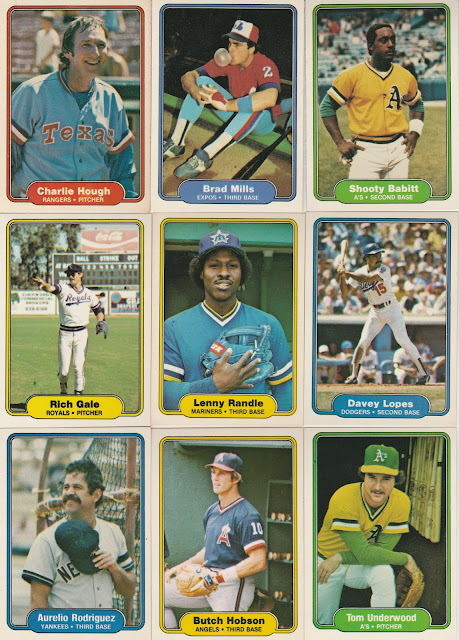 Plenty of cards from the late 70s and early 80s - I'll probably discover that I already had these, but at a dime apiece I wasn't too worried about doubles.

And horizontal heroes? You bet. 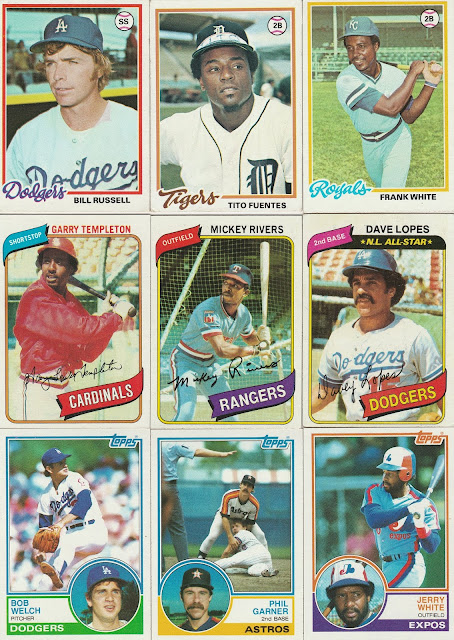 The oldest cards in the box were from 1976, but the cards from 1978 and later were all very sharp. 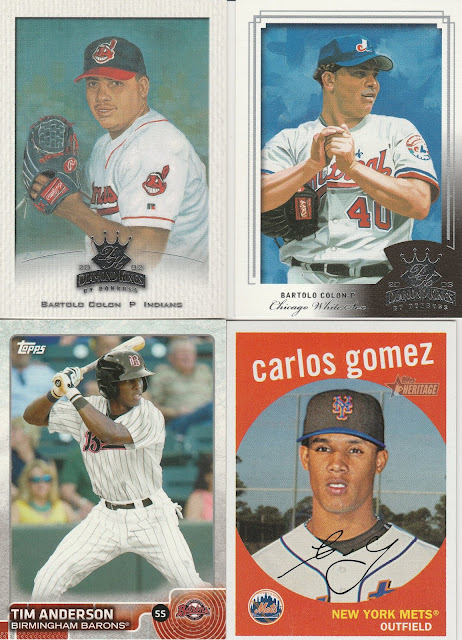 Of course there was more recent stuff, too. All told, I spent a whopping $8 to pull my favorites. 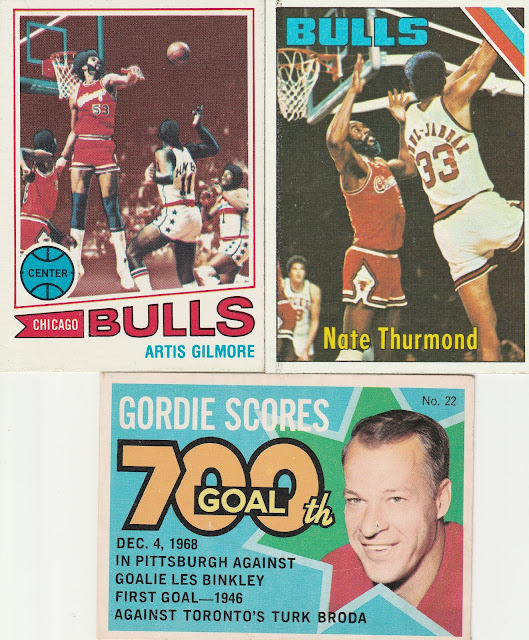 I'm still finding some fun stuff in the Basketball and and Hockey world, including this OPC insert commemorating Gordie Howe's 700th Goal. 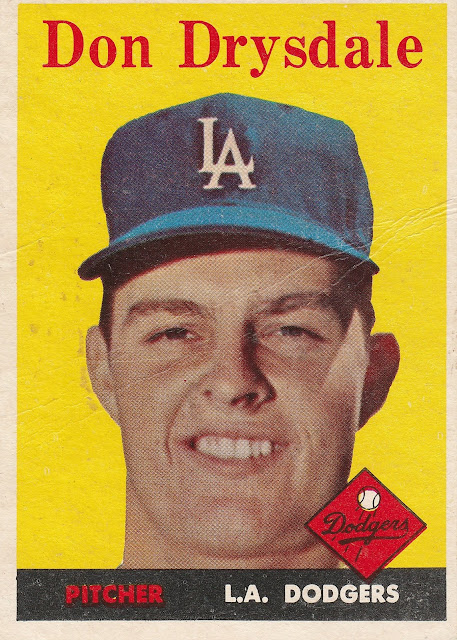 Discounted Don Drysdale? Don't mind if I do! 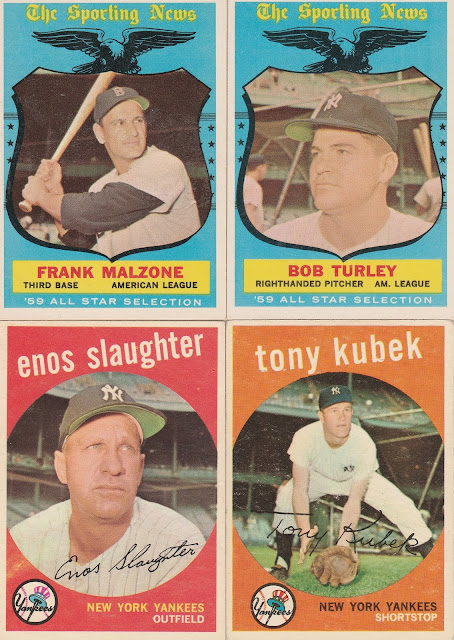 Picked up 2 more '59 All-Stars, and 2 more Yankees, which are tough to find cheaply. 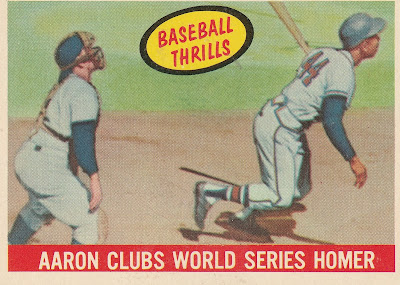 Last but not least, I leave you with another 1959 Hall of Famer. This Hank Aaron card highlights the Homer he hit in the 1957 World Series that shifted the momentum into Milwaukee's favor.