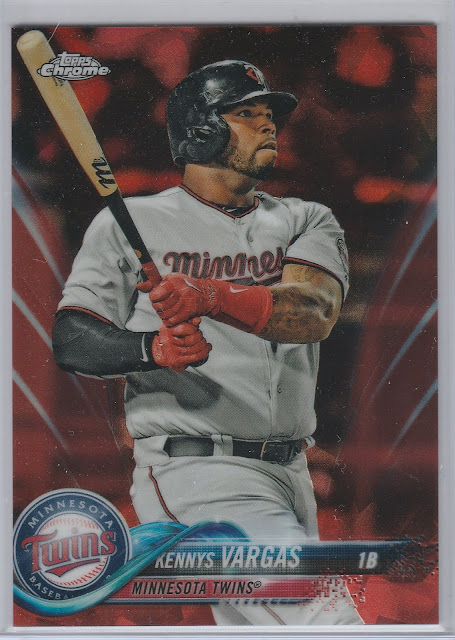 It had to happen at some point - Kennys Vargas has toiled for years in minors stuck behind several players on the Twins' depth chart. He never reached 250 at bats in a season with the Twins, but he's going out West- so far West that we think of it as the Far East - to play in Japan for the Chiba Lotte Marines. He was a minor-league free agent following the 2018 season, so his future in Minnesota was shaky at best. 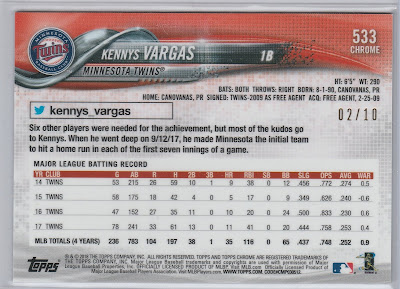 Before the 2019 BBM Japanese baseball set comes out, I'll still be hunting for Vargas cards I don't have yet from the states. This 2018 Topps Chrome card is numbered to just 10 copies. 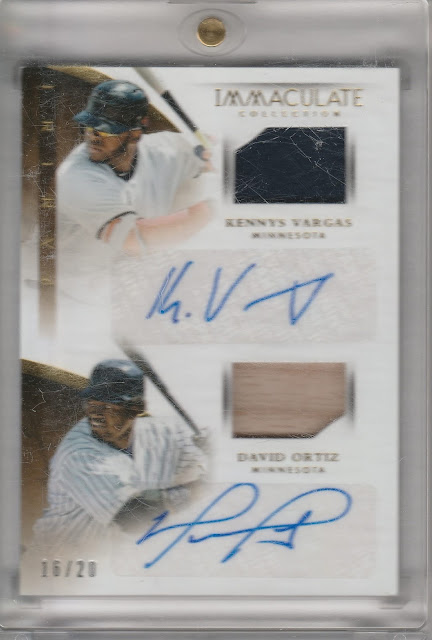 My scanner doesn't like thick cases- but this card had been on my radar for a couple years, but with the other guy on there, the card was hard to find for a good deal. This one popped up on eBay and I didn't hesitate to grab it. 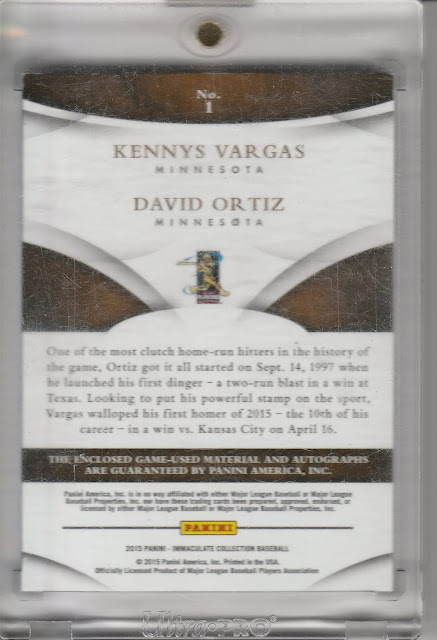 Big Papi and Little Papi together on the same card! It's my first David Ortiz autograph, and even though the front of the card doesn't give it away, in theory this card depicts Ortiz as a Twin. Neither player reached their full potential in Minnesota, and now Vargas will get a chance in his age 28 season to try to make an impression on a one year deal.

So, who's got some Chiba Lotte Marines swag?
Posted by Brian at 7:43 PM