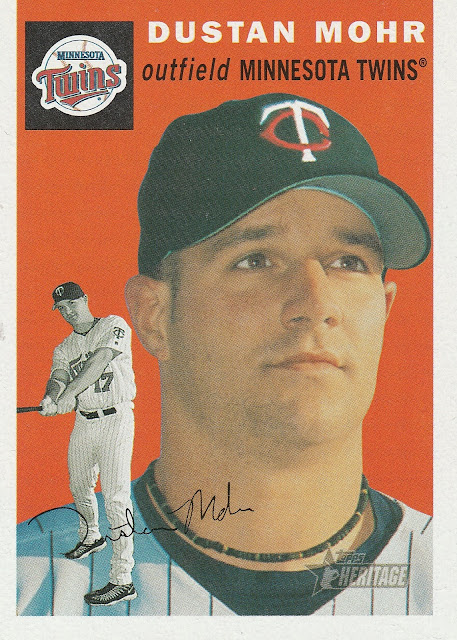 I wasn't collecting cards when this Heritage set was released, so I've had to pick up bits and pieces wherever I can find them. Sometimes, cards just appear out of nowhere! Chris of Nachos Grande dropped an extra grande mailer on my doorstop, and it came with several awesome representatives from some of my leaner collecting years. 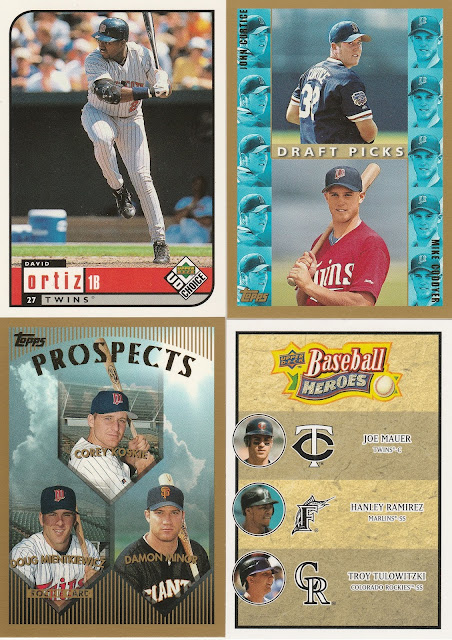 The Twins had a tough time after Puckett and Hrbek retired in the mid to late 90s, but some good luck and good scouting brought a wave of prospects by the early 2000s, with a mostly homegrown roster. 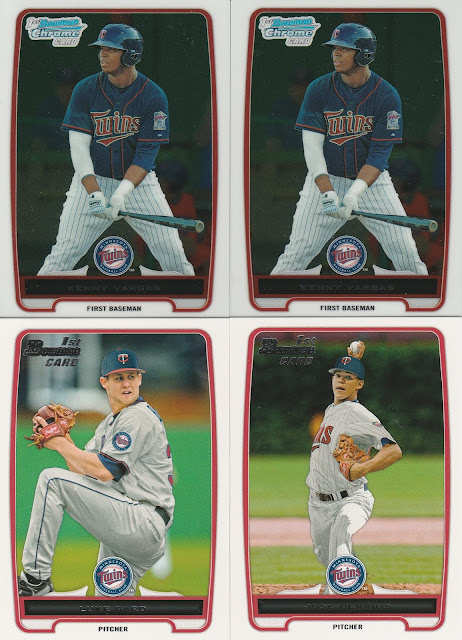 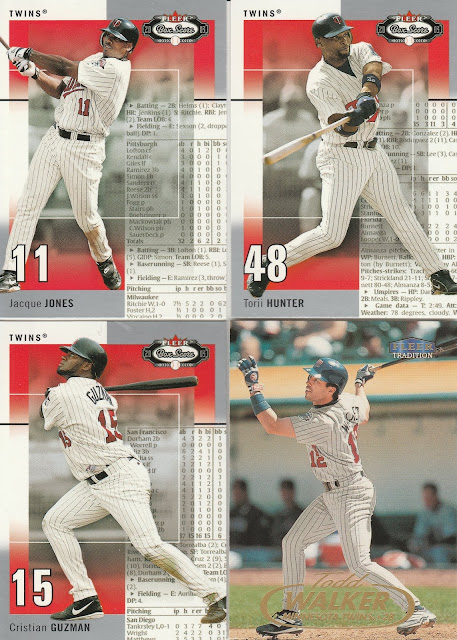 Todd Walker was stuck in between those 2 eras, and was often the best player on some BAD Twins teams, and found greener pastures in Colorado and Boston. 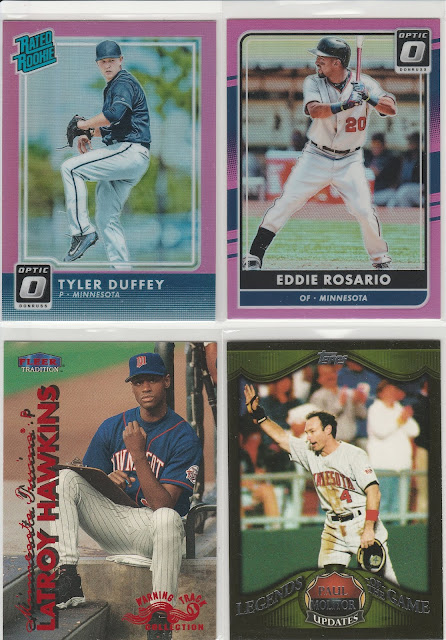 There were some great inserts and parallels included as well. Thanks so much, Chris!
Posted by Brian at 5:32 PM