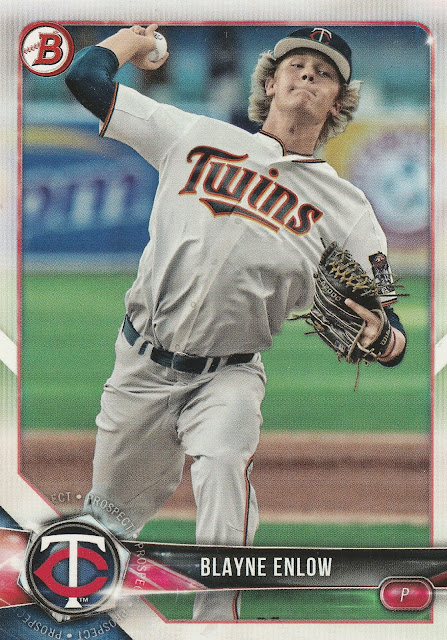 I just got ZAPPED!  Kenny from Torren Up Cards launched a power packed PWE in my direction this holiday weekend - it was a nice shock! 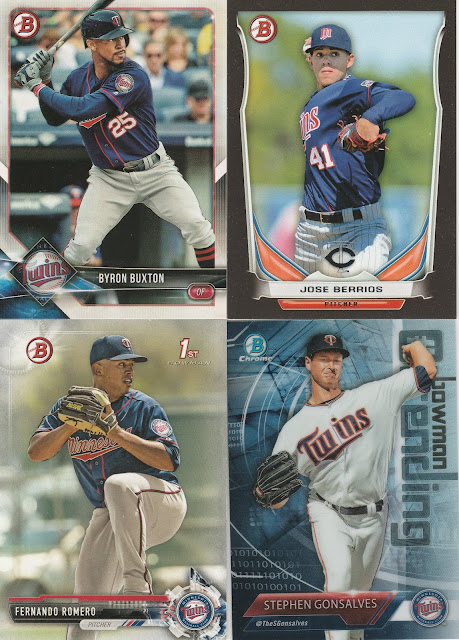 Kenny is the king of Prospects, and these guys here are some of the Twins' best prospects of recent years. 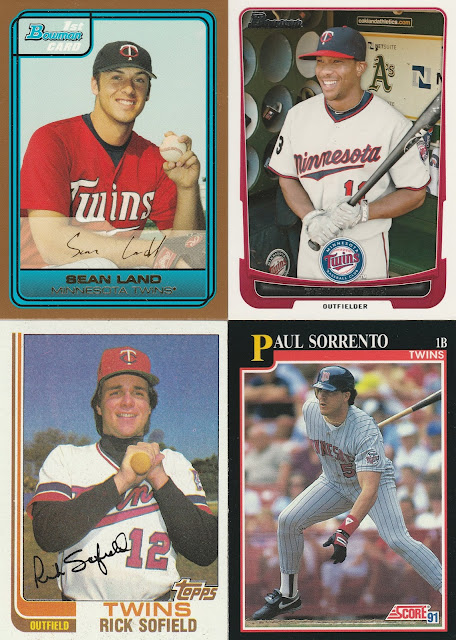 These guys were considered prospects at one time as well, some more highly touted than others. Sorrento was Hrbek's heir apparent, but he wasn't able to take the crown. Ben Revere rode into town seeking Denard Span's job in Center Field, but they'd both be heading off into the sunset in exchange for even more prospects. 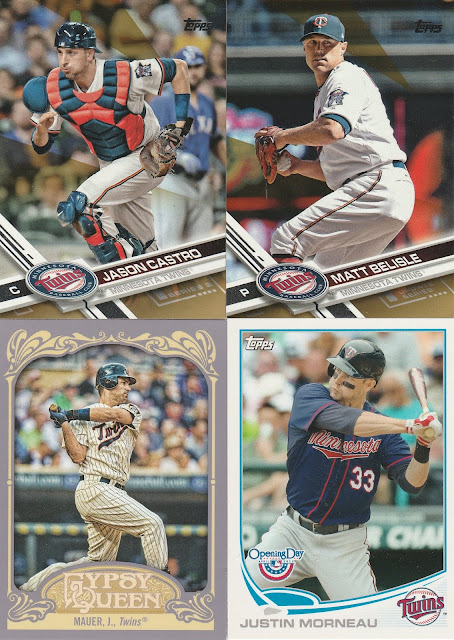 Kenny is such a good prospector, he found gold! Mauer and Morneau were the Twins #1 and #2 prospects back in 2003, now they are both enjoying retirement in the Twin Cities. 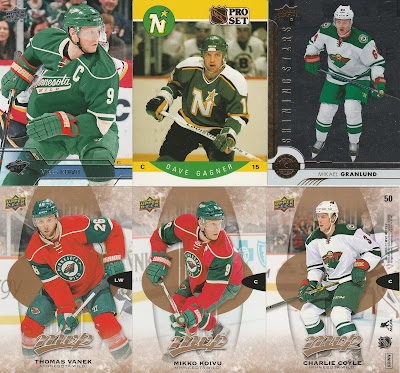 Minnesota is known as the "State of Hockey" though it is mostly for its robust High School and College ranks, less so for the current and former NHL franchises. Nothing to sneeze at, though!

Kenny, thanks so much for this unexpected jolt!
Posted by Brian at 7:07 PM