NOW with Bonus Cards On Demand 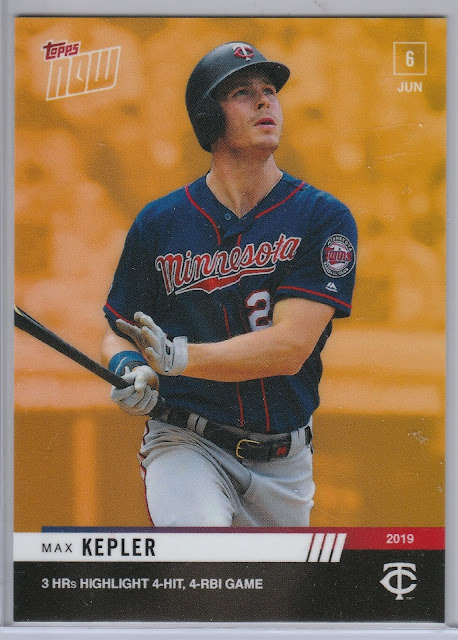 I purchased a Topps Now "Road to Opening Day" set, and because of the Twins' successes on the field, it has yielded several bonus cards, including this one that just arrived in honor of Max Kepler's most recent 3 HR outburst.

There was more to celebrate in the month of July, including another bonus card for the team's 1st place 1st half. 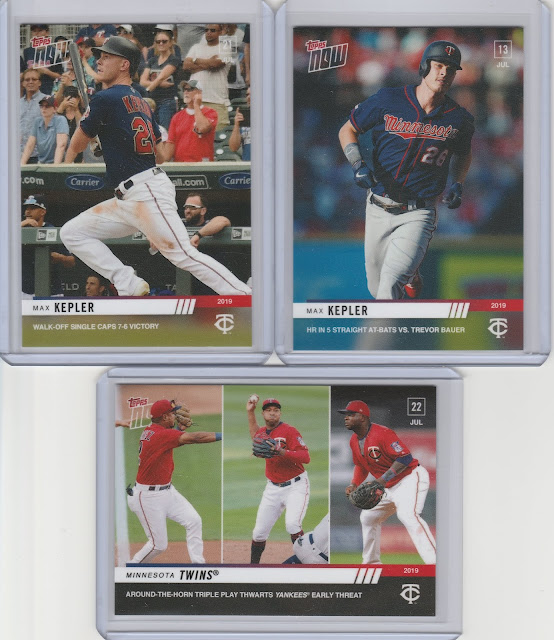 Kepler earned a couple cards on his own, one for owning Trevor Bauer, one for a walk-off winner against Oakland. The Twins turned a pair of Triple plays in July, still waiting on the 2nd card to arrive. 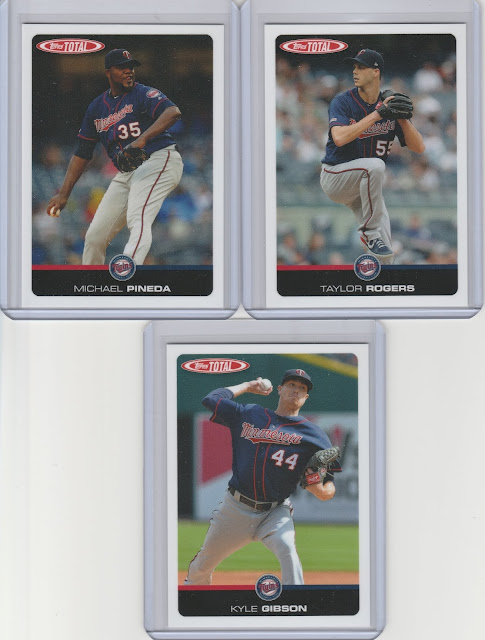 The team was also featured on other On Demand Sets, including a new wave of Topps Total. Last wave was a trio of sluggers, and this time we have three pitchers. Mike Pineda might be team's most consistent starter in the second half, and Taylor Rogers has been the team's ONLY consistent reliever. Kyle Gibson is known as the unofficial "Team Dad," helping the team to stay in line on the road, staying on time for appearances in the community, and generally mentoring the team's younger players with anything they might need to navigate the big league life. 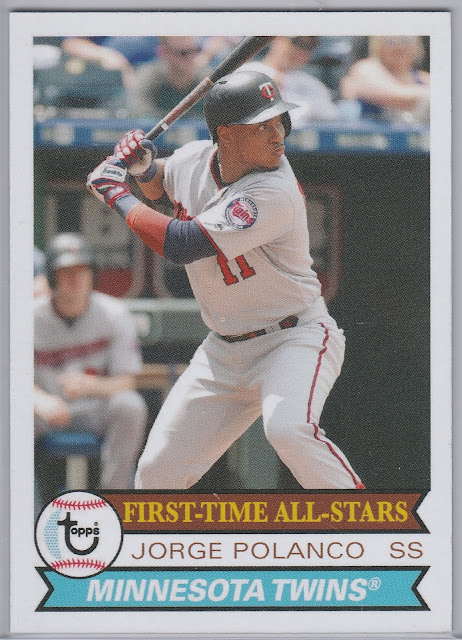 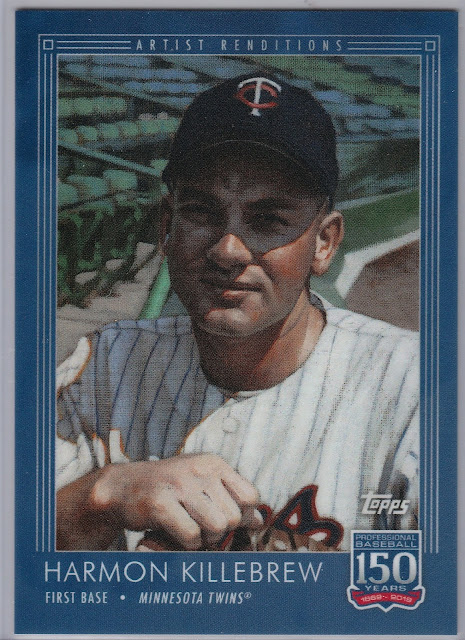 The other On Demand set, celebrating 150 years of professional baseball, finally included a Twin, and they picked a good one. Artist Graig Kreindler has been providing several portraits of all-time greats for this set, with a sun-soaked Metropolitan Stadium in Bloomington, MN serving as the Killer backdrop. 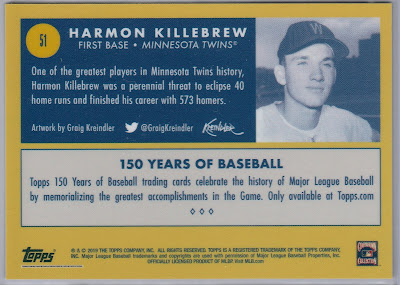 The backs of these look a bit like 1971 Topps, but are more or less generic. They have a little blurb about the player, so slightly more effort than the #TBT issues.

Is your team getting a fair number of these on demand sets? What do you think of the designs?