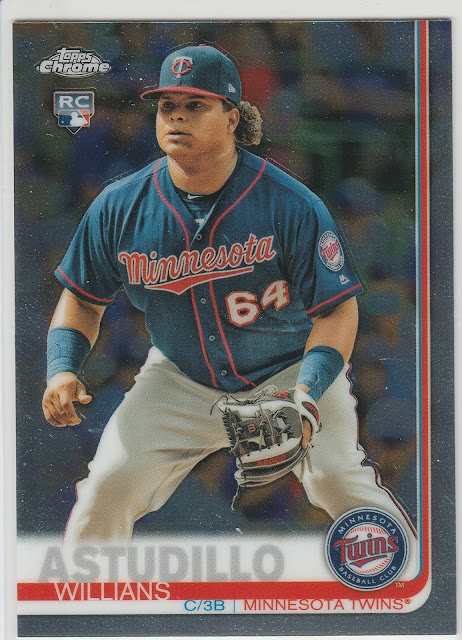 Before landing on the IL, Willians Astudillo became a fan favorite and one of Topps' preferred rookies for new sets in 2019. I picked up a blaster of Topps Chrome, and adding this card was one of the highlights of the whole package! 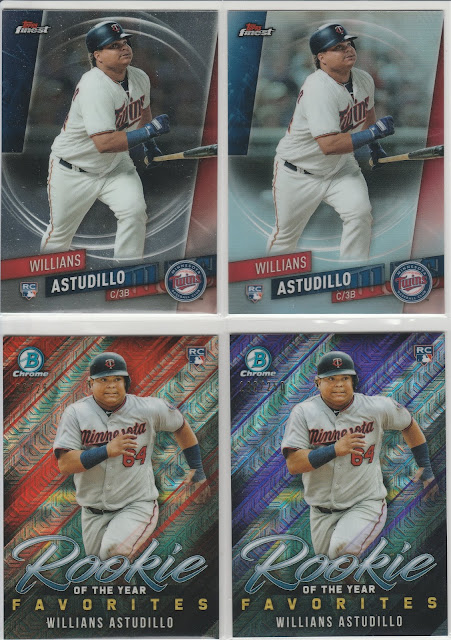 I haven't opened any packs of Topps Finest or Bowman Chrome, but that's ok, I only would have wanted the Astudillo cards anyway. It's probably safe to say that Astudillo is no longer a rookie of the year favorite, and has been passed by his similarly strikeout averse teammate, Luis Arraez. However, Astudillo still is on the minds of Twins fans and he's going to see live game action soon, as he's headed to the team's single A affiliate in Fort Myers (also home to their massive Spring Training facilities). 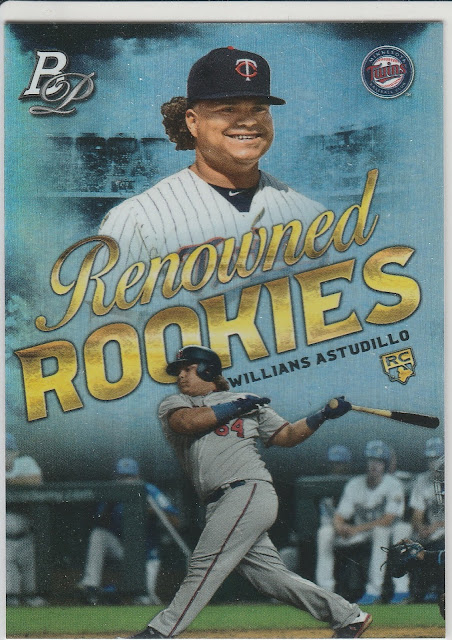 No packs of Bowman Platinum were opened in the making of this post, either, I found this one online. 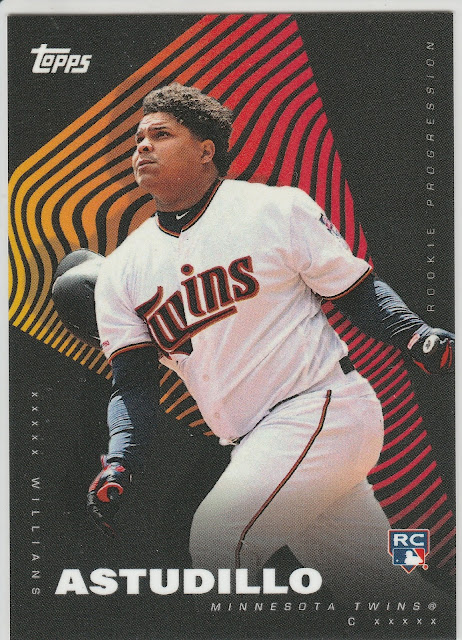 Online is the only place one could find this card - part of set #10 of this year's On Demand Series. The set is called Rookie Progression, and has a an early 90s Skybox basketball vibe to me. Astudillo should be back soon, and in the meantime I will keep hunting for more of his cards in the next offerings from Topps and Panini.