Summer keeps on rolling - I haven't been to a card show in a few months now, both for financial and for scheduling reasons. Missed out on the National, as well. But that doesn't mean I was completely shut out of new cards. 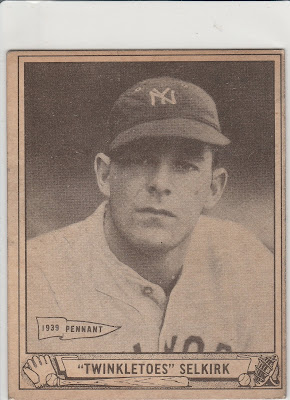 "Twinkletoes!" I only have a pair of 1940 Play Ball cards, after adding this George Selkirk over the summer in a COMC bundle. 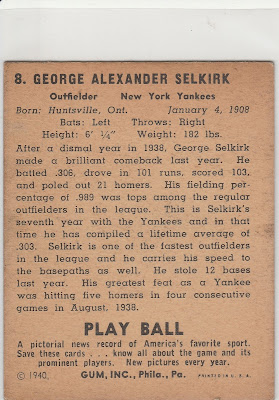 I don't think I will chase the set, but I couldn't pass up the awesome nickname. The other Play Ball in my collection? Stormy Weatherly, of course. 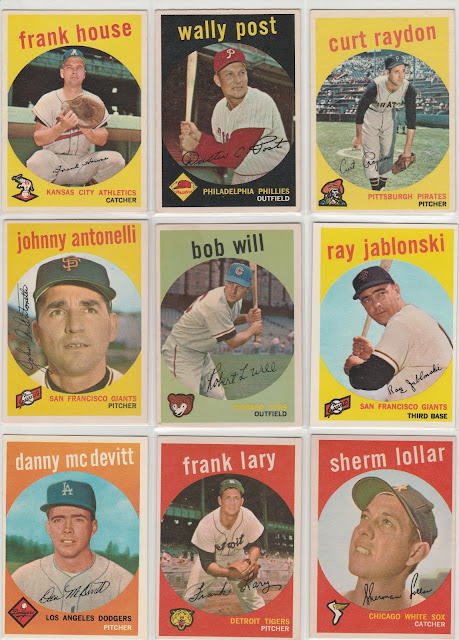 On to a set I am building, I added a short stack of 1959 Topps. Wally Post and Sherm Lollar were probably the biggest names of the bunch. The 1958 NL shutout leader, Johnny Antonelli is also in the group. 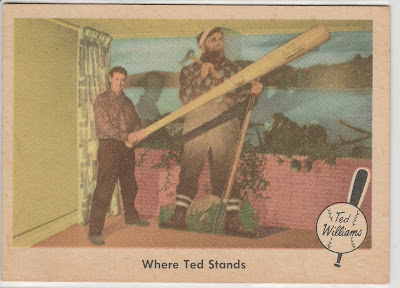 When I saw this Ted Williams  / Paul Bunyan mashup, I assumed that it was a photo taken in Minnesota, but Bunyan gets around. This was taken in Maine, where Ted was given an 8 foot long baseball bat. 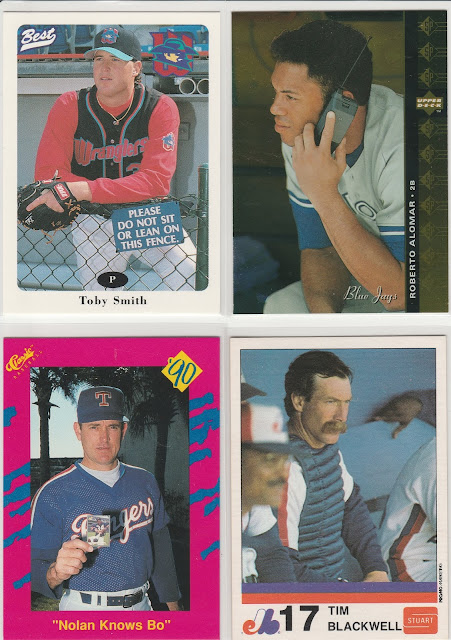 Once you fall down a COMC rabbit hole, there's no telling where you'll end up, like fence leaning rebels, Robbie Alomar on the horn, Nolan Ryan selling out for Classic, and even a Felipe Alou photobomb on Tim "my moustache is the 11th Canadian Province" Blackwell's card. 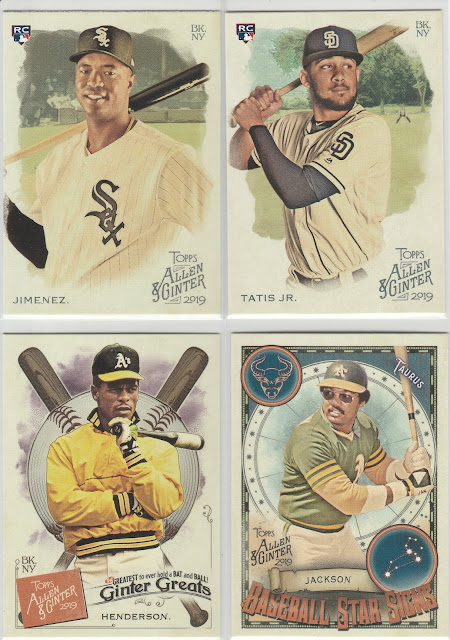 I did actually buy some new retail - including a blaster of Allen & Ginter, which yielded a couple big rookies and a couple even bigger egos. No problem though, Reggie and Rickey proved they could back up the talk. 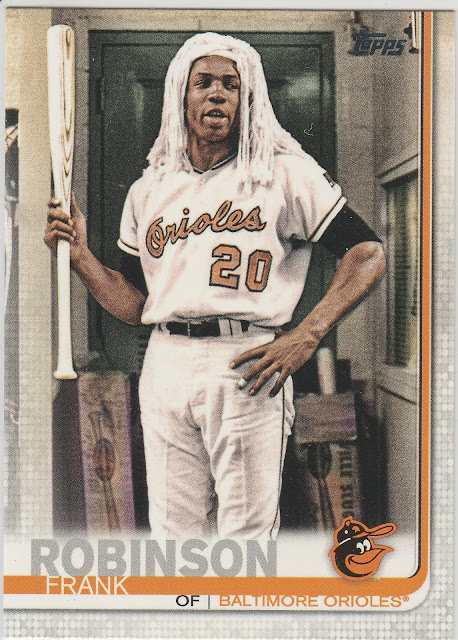 Saw this one on eBay and made the decision to buy it right away - several of these SPs have dropped in price since they were released, I may have jumped the gun on this one. But this may even count as a bat rack card - there are shipping boxes of Louisville Sluggers in the background! 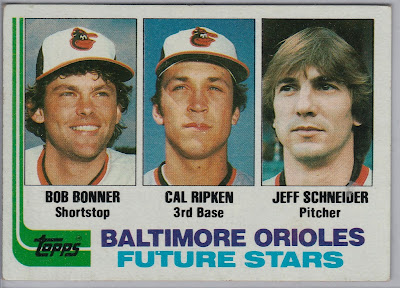 This card, however, I waited a few decades before snapping up in an eBay auction. I was the only bidder for this well-loved card. 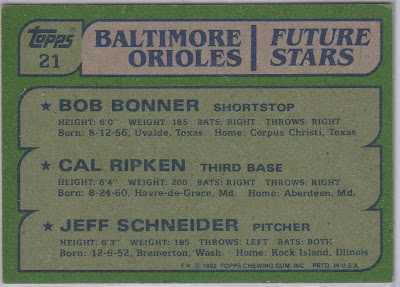 Bob Bonner didn't pan out as the Orioles' shortstop of the future. Good thing they had a backup plan.