Set Building Scenes from the Last Card show of 2018 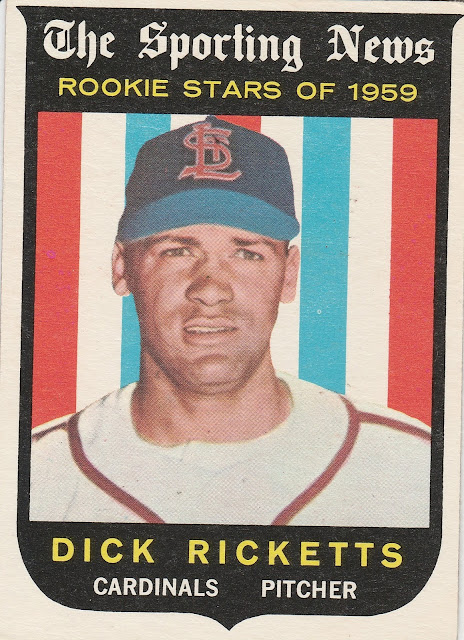 2019 is fast approaching, and here I am decades in the past. I'm pecking away at the 1959 set. The last card show of 2018 helped me to make a huge dent in the total cost of the set, even though I added fewer than 20 cards. 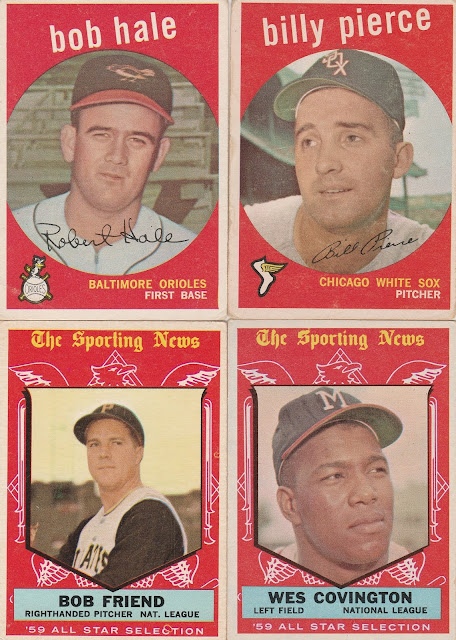 I tried to snag that elusive Bob Gibson rookie again, I came prepared with extra cash to make it happen. I ended up with several high numbers, a different big name Cardinal, and finally a card I had no intention of adding at the start of the day. 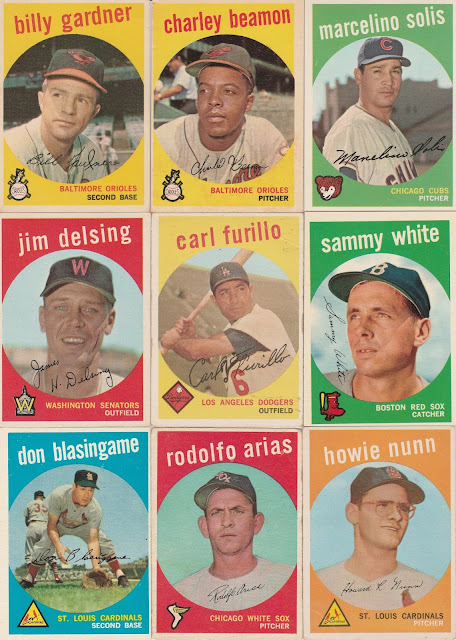 The one-time Twins Manager Billy Gardner was the AL doubles leader in 1957.
Charley (Charlie) Beamon is featured here in a sunset card; his final game was in September 1958. Same for Marcelino Solis, who has a tremendous year in AAA in 1958; he won 15 games and had a 2.44 ERA. He would not pitch in the majors except for a brief stint in 1958.
Jim Delsing is featured on a 0 year card! He played 822 major league games over 10 seasons for 5 different teams, but the Senators only used him in the minor leagues.
Probably the best known player in this group is the long time Dodger outfielder Carl Furillo. He was the 1953 NL batting champ and was a career .299 hitter.
Sammy White was an All-Star in 1953, and caught more games for the Red Sox in the 1950s than any other backstop.
Don Blasingame was an All-Star in 1958. He was nicknamed "Blazer" for his speed, and retired with the lowest rate all time for grounding into the fewest double plays.
Rudy (Rodolfo) Arias only pitched in the majors in one season - but it was for the World Series champion Chicago White Sox. He did not appear in the Series, but he pitched in relief in 34 games during the season. The Cuban native tossed a no hitter in the minors and was a regular contributor each winter in his home country before returning to the U.S.
Howie Nunn was still considered a rookie in his second stint in the majors in 1961 with the Cincinnati Reds. He was brilliant in 1960 in the minors for the Reds, with a 1.99 ERA over 163 innings. 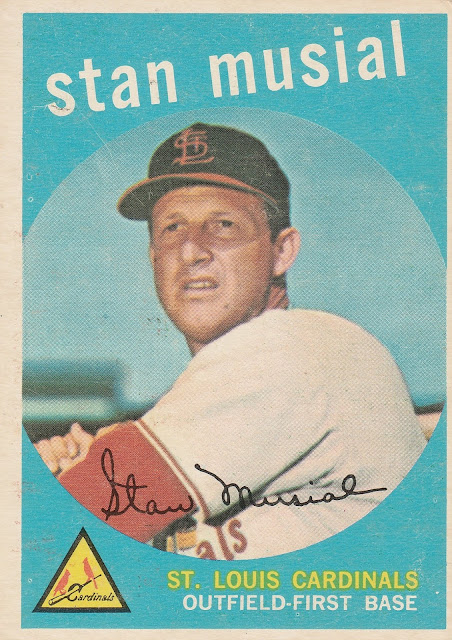 This card is a little scuffed and it's off center, but it is still very sharp. The rough surface means it wouldn't grade well, and to me that just means I can afford it! 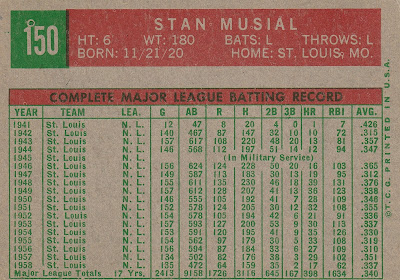 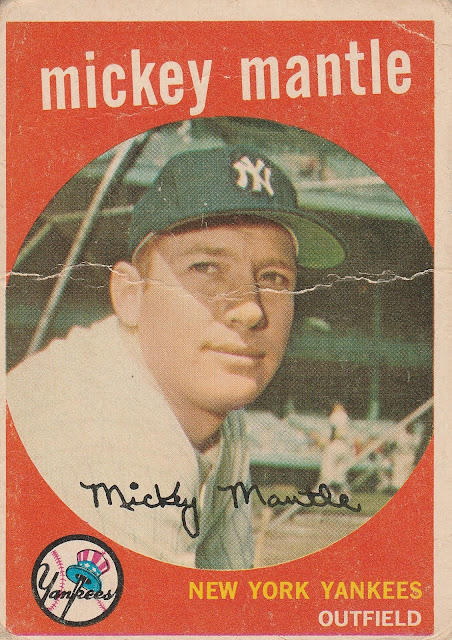 HAPPY NEW YEAR! Champagne all around. There's a vintage vendor who I buy from fairly often, and he was adding some cards to his display case, when he dropped this one onto the pile. When I saw what he was asking for this card my jaw dropped. I was willing to pay twice what I paid for this Mantle to get a Bob Gibson rookie for this set build- I had hoped I might one day find this card for something close to that too. Totally changed my strategy for the day, so I picked up that big chunk of vintage, another stack of trade bait, and a handful of 1959 high numbers with money I was planning on using for just the Gibson. Still spent less that I thought I'd have to spend to get a Mantle. 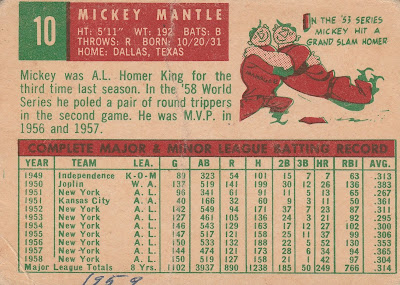 A helpful collector wrote the year on the back of the card- maybe they were going to fill in the stats at the end of the season? Either way, that collector did me a favor! Saved me who knows how much money on this set build.

Yeah, Mickey Mantle! This was a great end to 2018, and hopefully that run of good luck will carry over into the new year and beyond. Happy 2019 everyone!