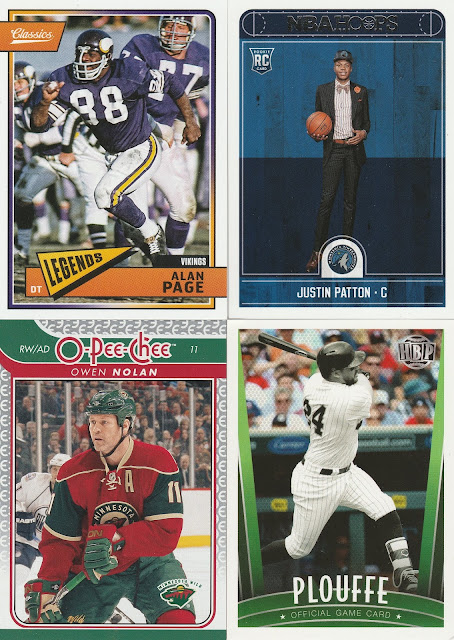 Douglas from Sportscards From The Dollar Store surprised me with a hefty mailer from Canada! Football, Basketball, Hockey and of course Baseball were represented. Did you know that after his career as one of the Vikings' "Purple People Eaters," Alan Page became a State Supreme Court Justice? He was a Justice the Minnesota State Supreme Court for nearly 30 years, retiring in 2015 (MN has a mandatory retirement age of 70 for its court). Owen Nolan was a surprising name, I actually recognized him from my youth! He was a member of the San Jose Sharks in one of my favorite video games of all time, NHL '95. I didn't realize he played for the Wild as well. There was variety of cards new and old, including a stack of minor league cards. Rochester is the Twins' AAA Affiliate, and Fred Costello is their organist - that's a very cool card. Topps should feature organists in the Opening Day set, that would be a fun subset. 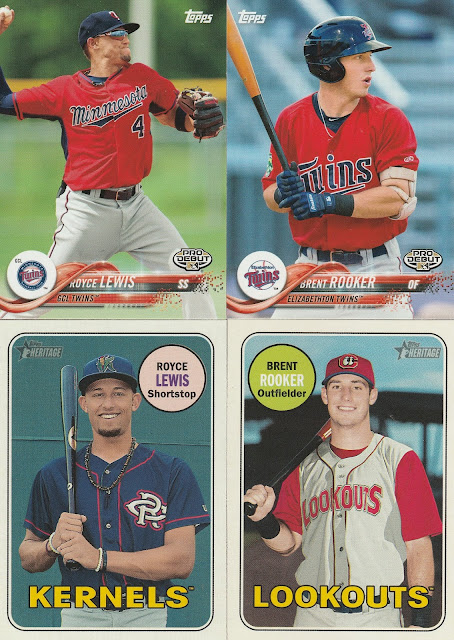 Royce Lewis was the Twins' #1 Overall pick, Brent Rooker came later on, but both will be forcing their way into the major league plans in a few years. 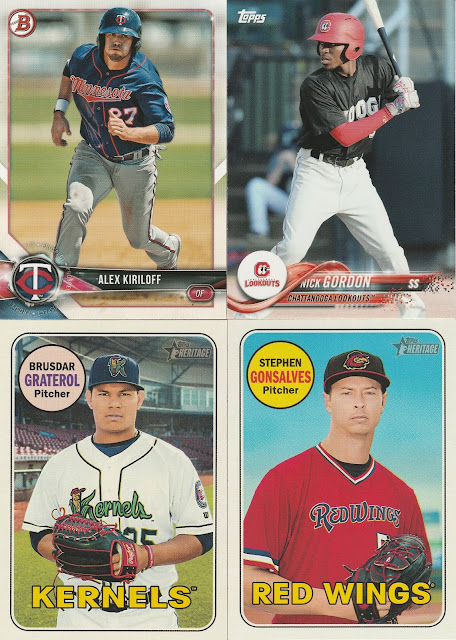 Here's a group that's even closer - Kiriloff has been compared to Christian Yelich, and might debut by September. Nick Gordon (Dee's Brother and Tom's Son) has an outside chance of being a regular in the Twins' lineup soon. Stephen Gonsalves already made his MLB debut last season, and has a possible spot in the rotation this season. Brustar Graterol is making a name for himself, and looks to debut in 2020 or 2021. 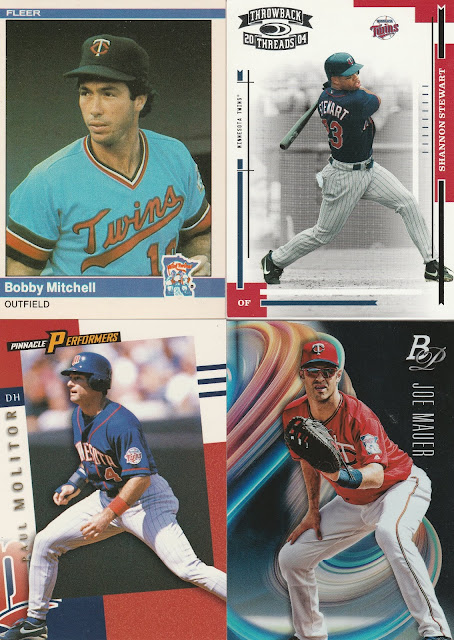 There were some "traditional Twins" as well, with a very cool Bowman Platinum of Joe Mauer. In the most obvious move of all time, the Twins announced that Mauer's #7 will be retired at some point in the 2019 season. 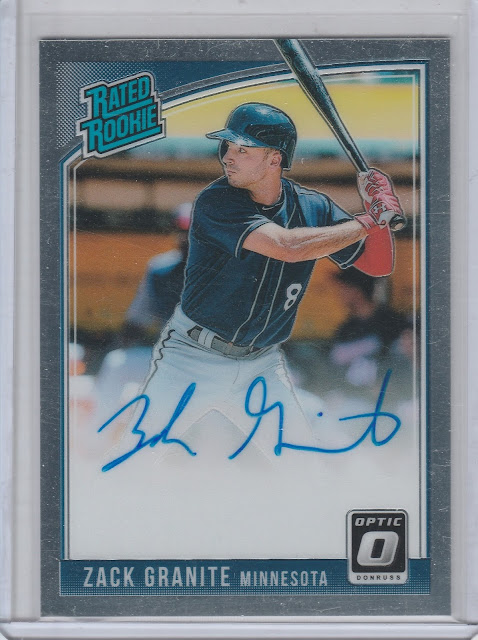 A Hit! Zack Granite has one of the great baseball names, and he's still on the fringes of the Twins' 40 Man roster. The uncertainty surrounding Byron Buxton's development and injury history has left the door open a crack for Zack. 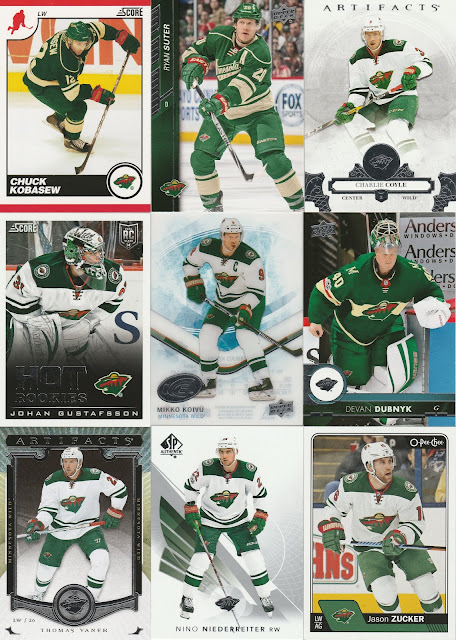 And a ton of hockey cards! The Mikko Koivu in the middle is one of those clear acetate cards. I'm pretty sure all of the cards in the hockey stack were new to me.

Thanks so much Douglas! I'll be getting a package out to you soon.
Posted by Brian at 7:13 PM