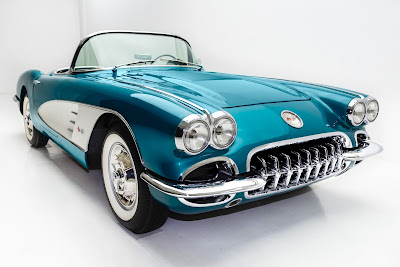 There's a big classic car show at the MN State Fairgrounds this weekend - people from all over the region show off their custom rebuilds, classic vehicles from the last 100+ years. The 1950s and 1960s are usually very well represented, like the 1958 Corvette above. I picked up a few 50's of my own this weekend, but you can't drive them. 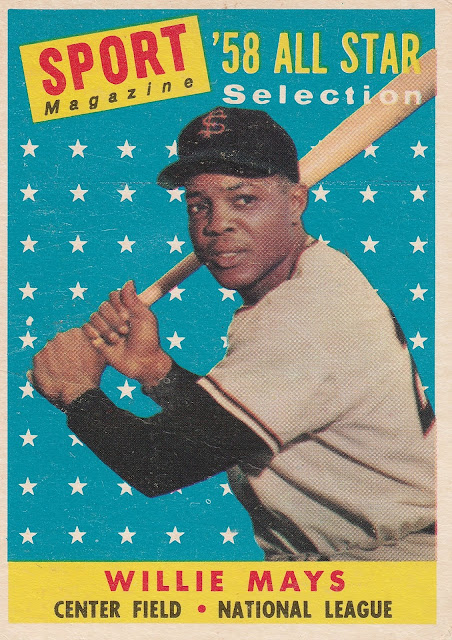 Also from 1958 in that deep blue,  it's Willie Mays! I think it's probably a bad idea to compare people to cars, so it's enough to say that Willie Mays was a perfect mix of speed and power, grace and strength. 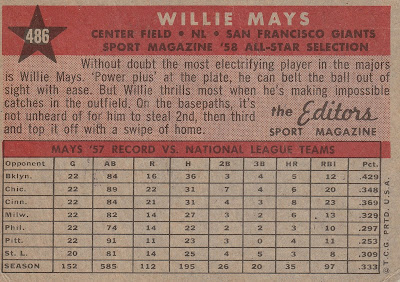 See? Topps knew what was up, along with the Editors of Sport Magazine. Willie was really good at baseball. 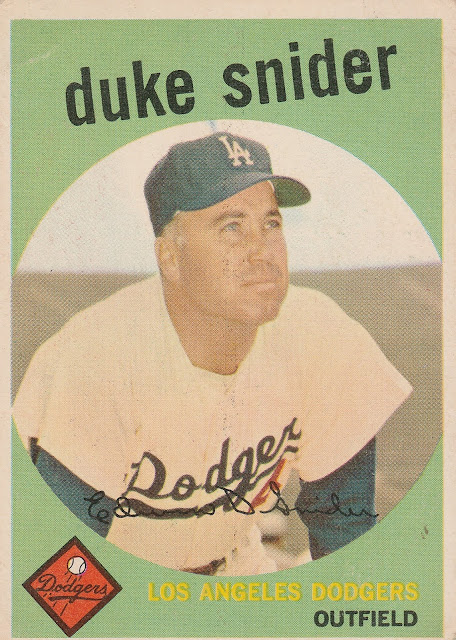 I am making progress on my 1959 set build. You could probably compare rebuilding a classic car with building a vintage set. Finding all the parts in good condition at a fair price can be daunting. This Duke Snider has been through the ringer, but it still runs ok. 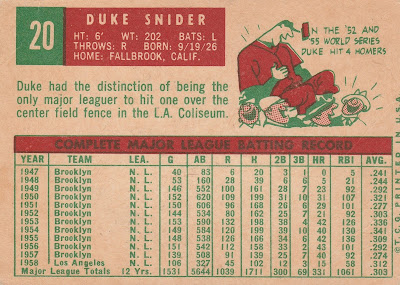 The big crease in the corner by the card number doesn't bother me much. It's almost invisible on the front of the card. 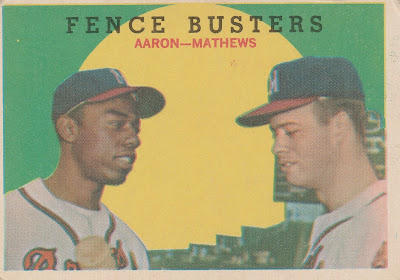 There were 4 different copies of this card at the shop, and this was the best bargain. The color has faded a bit, the corners are rough, and the back is miscut - but it's still a gorgeous card! 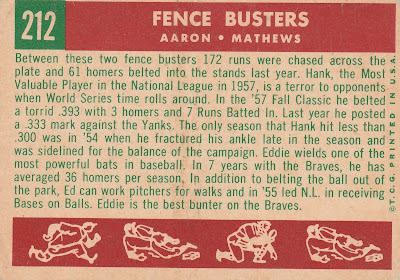 I do really like the cards in the 1959 set, especially when they all feature the same team on the card. I decided to organize my 1956 set by team, and I'm starting to do the same with the 1959 set. There are a couple pesky duo cards that have players from 2 different teams on them... not sure how I'll handle that!

How do you organize your sets?