Yogi, Whenever I'm At Bat, I'm in Scoring Position 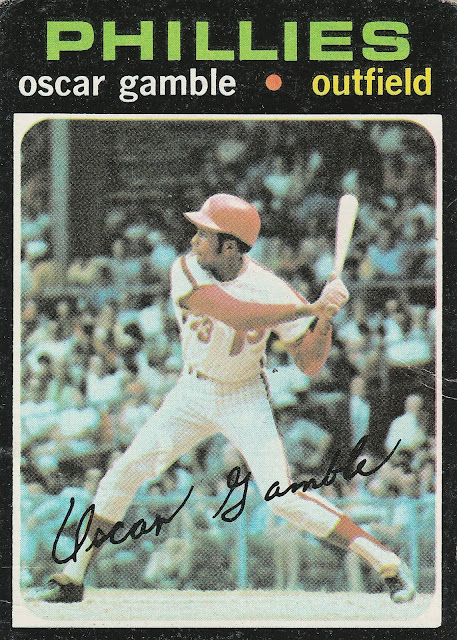 We lost a great one today. Oscar Gamble was scouted by Buck O'Neil, who found him playing for a semi-pro team outside Montgomery, Alabama. O'Neil wrote in his book that Gamble was the best prospect he'd scouted since Ernie Banks. 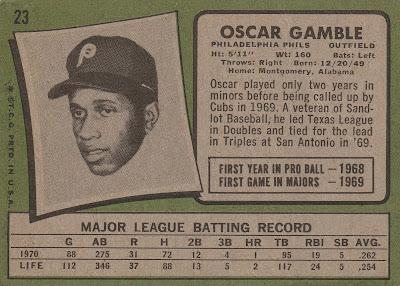 The Cubs took Buck's advice and drafted Gamble in the 16th Round. He tore through the minor leagues, but it took several years for him to find a footing in the big leagues. 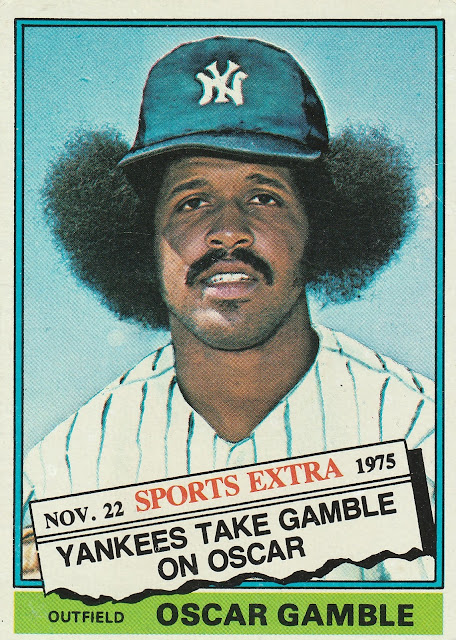 His first stint in New York was viewed by some as a disappointment, but he did prove that his swing was well suited to Yankee Stadium's dimensions. He would return later to help propel the Yankees to the 1981 World Series. 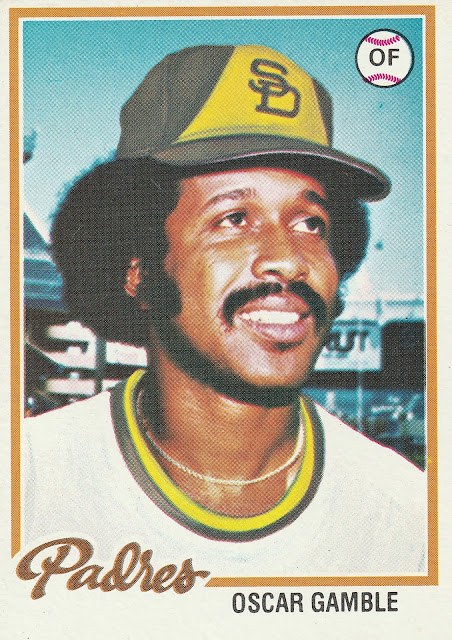 His best season came in 1977 for the Chicago White Sox, in which he crushed 31 homers for the South Siders. He finished his career in Chicago in 1985, with exactly 200 homers. It may not seem like much, but Oscar took full advantage of the opportunities he was given. For his career, he homered once every 22.5 at bats, a rate that ranks right up there with sluggers like Freddie Freeman, Eddie Murray, and just a little behind Frank Thomas (the original one).
Posted by Brian at 3:26 PM