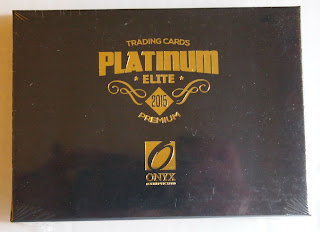 4 Cards, 2 of which will be autographs. 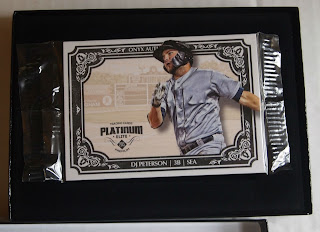 Each Pack is in plastic inside a faux velvet nest inside an onyx cardboard box. DJ Peterson from Seattle is the first base card. 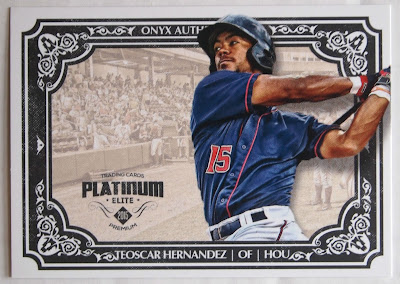 2nd Base Card is an Outfielder - Teoscar Hernandez of Houston. 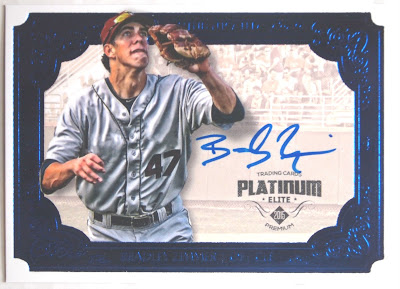 A hit! Bradley Zimmer was one of the guys featured at the National in the Onyx promo packs, so maybe he's not terrible? 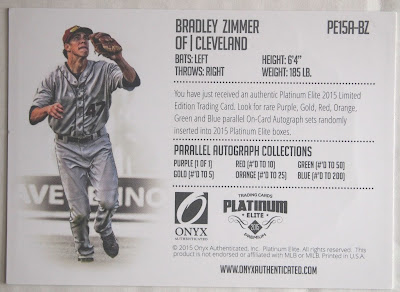 All of the three cards shown have this style back. Based on the chart this Zimmer card is out of 200, but there's no serial number, so who knows for sure? 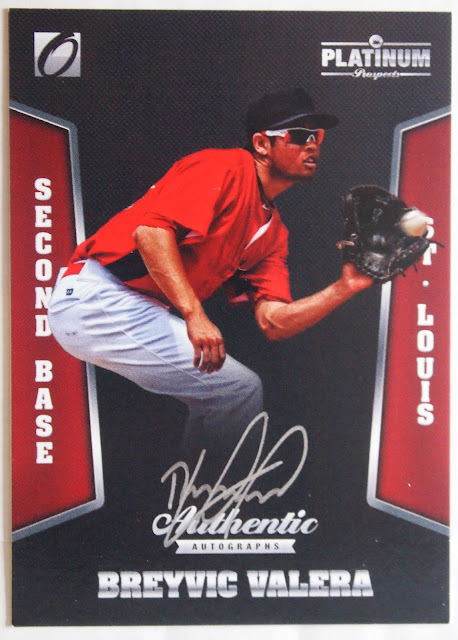 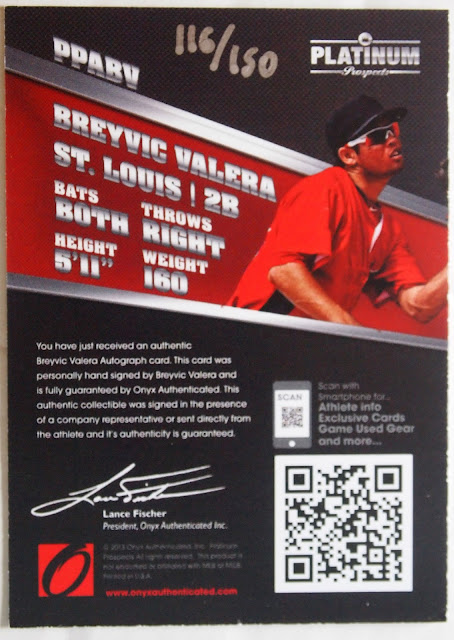 Valera played most of the season in AA this year, and has a career average of .301 over 6 minor league seasons, currently playing in the Venezuelan Winter League. He'll be 24 in 2016. The card has noticeable damage along the edges,  but it is hand numbered in silver ink to 150, so that's kind of cool.

Anyone want any of these? I generally stay away from products like this - the chances of getting something I collect is pretty small when I am only getting one box. This set has Sano and Buxton, and was heavily discounted on Dave and Adam's, so I took a shot. I wouldn't say I regret it, but I probably won't do it again, either.
Posted by Brian at 7:49 AM