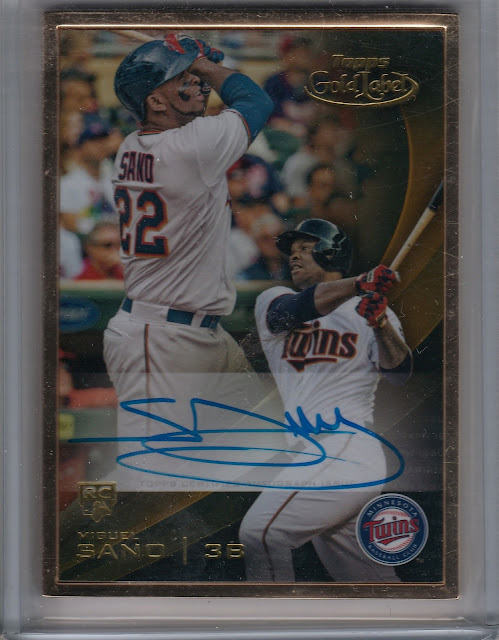 I haven't been to a card show in months, so I wanted to make up for lost time. I've put together three posts from the show today covering Twins, vintage, and an in person trade with Jim (aka GCRL) from cards as i see them! Miguel Sano suffered a stress reaction in his shin that sent him to the DL to finish out the season. 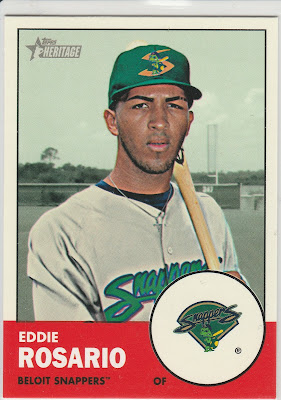 Eddie Rosario hit a screaming line drive over the fence in the first inning of the AL Wild Card Game, though in the end it wasn't enough to lead the Twins to a victory in their first postseason appearance in seven years. Just a few seasons ago, Eddie was making his way to the bigs from Beloit. 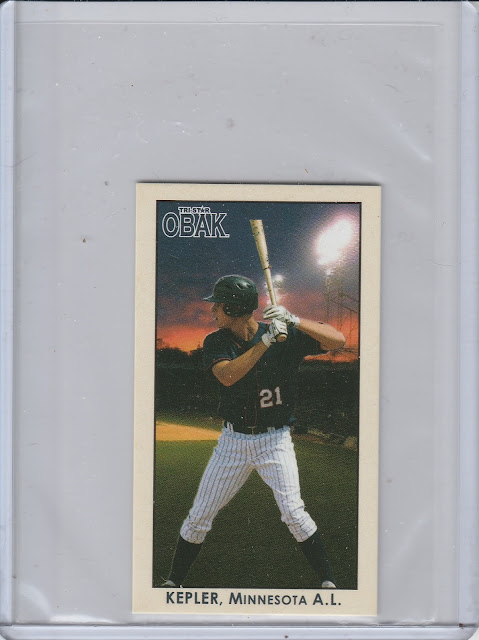 Max Kepler drew a walk and hit a double in four plate appearances in his first playoff experience. He was signed out of Germany at the age of 16 and attended high school in Florida while working through the Twins' minor league system. 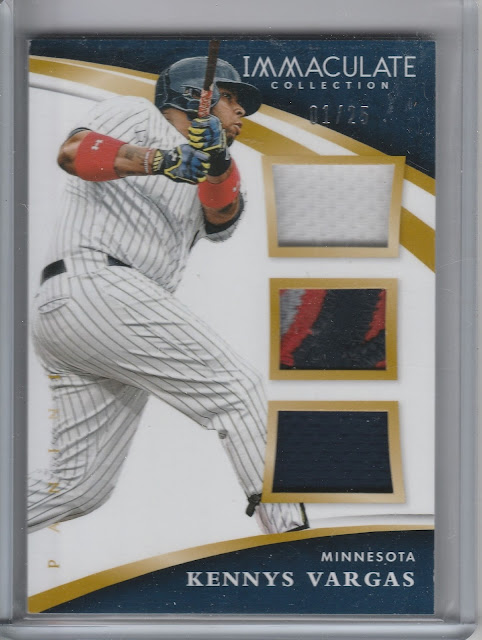 Vargas made the postseason roster, and was available to pinch hit if they were close late, but it was not meant to be. 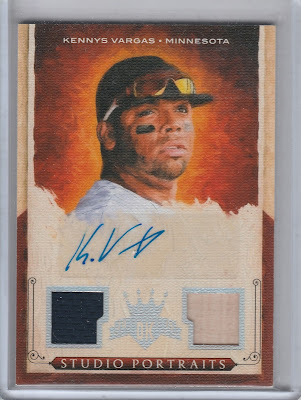 His future in MN is uncertain, as he ran out of minor league options at the end of the 2017 season. 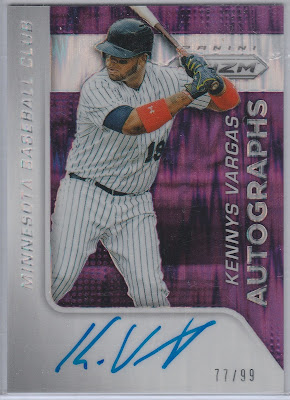 Vargas was interviewed following the Wild Card game, and he was aware of the situation he finds himself in. He stated he would be interested in opportunities in Japan or South Korea if available - two years ago, he rebuffed offers from clubs overseas in hopes of making his mark with the Twins. I hope he can stay in the majors, but it seems possible that he will once again find himself on the outside of the 25 man roster.
Posted by Brian at 6:24 PM