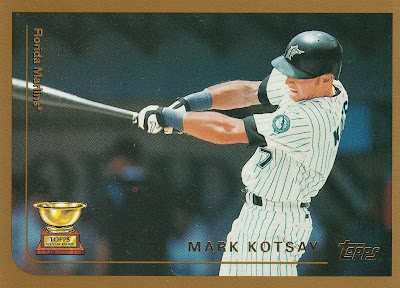 In College, Mark Kotsay was the Big Man on Campus, starring for the Cal State Fullerton Titans in the 1995 College World Series. In 1998 with the Marlins, he looked like he might be a fish out of water. Young and unproven, Kotsay was given the tall order of taking over Right Field in place of Gary Sheffield. He finished the season with more games played than any other Marlin, and was near the top of the list in most of the team's offensive leaderboards. His 20 outfield assists were the most in the National League. You better believe that was enough to make Mark a member of the 1998 Topps All-Star Rookie team. 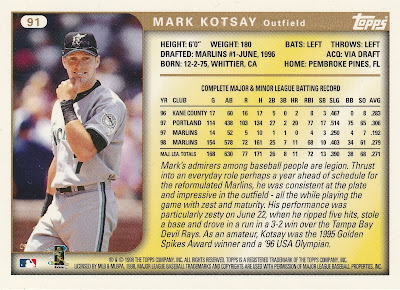 Kotsay found success at every level of play - in 1994 he played in the Cape Cod league following his freshman year at baseball powerhouse Cal State Fullerton. 1995 saw him set a record with a .517 average in the 1995 College World Series. His team would win their 3rd straight CWS, and he walked away with the Golden Spikes award. In 1996, he was selected by the Marlins as the #9 Overall pick in the June draft, played on Team USA in the 1996 Summer Olympic Games, and made his pro debut for the Kane County Cougars. By 1997, he had made it all the way up to the big leagues for a two week cup of coffee in July. The Marlins organization had big plans for Kotsay - little did he know that the team would win it all in 1997 - then blow it all up for the next season, totally re-making the outfield from the season before. 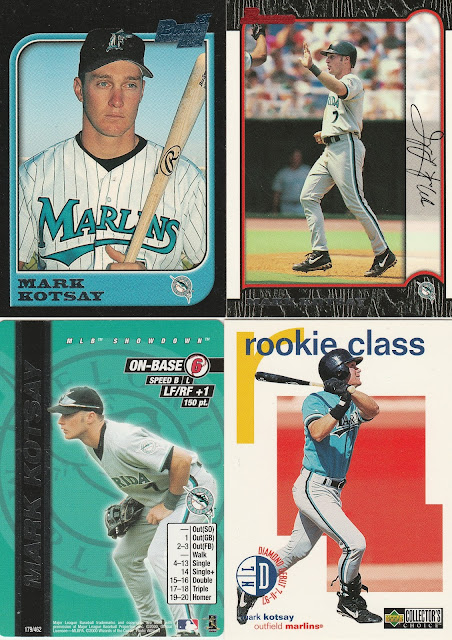 Kotsay would play 3 full seasons for the Marlins, playing a combo of Centerfield, Right, and 1st base. He didn't have the power numbers he displayed in college, but he definitely still had the contact skills. Kotsay was used near the top of the lineup and he piled up the hits. In the field, he continued to show off a cannon for an arm, leading the NL in assists in his rookie year and again in 1999. He would be traded to San Diego just before the 2001 season began. 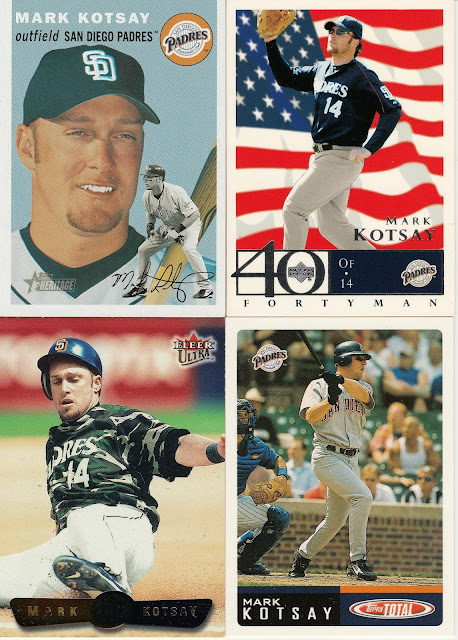 The Padres made Kotsay their everyday Centerfielder, and he continued to display line drive power to the gaps and excellent contact numbers. His outfield assists dwindled down to just 4 in his first season in San Diego, but that was mostly due to the word getting around that trying to take the extra base against him would usually end in embarrassment for the runner. From 2002 through 2004 he would again lead the league in assists as a Centerfielder, surpassing double digits each year. 2002 would also prove to be one of his best offensive seasons, hitting .292 with 17 homers and a 122 OPS+. Following the 2003 season, Kotsay was on the move again, as the Oakland A's traded Terrance Long and Ramon Hernandez to make him their leadoff man and centerfielder. 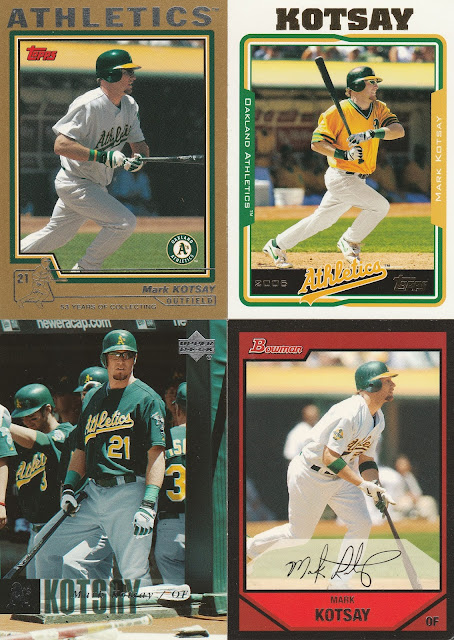 Kotsay responded with a career high 190 hits, which was the most by a lefty in Oakland in more than 40 years. He also set a career high batting average, hitting .314 despite playing half of his games with the huge foul territory in Oakland, known to suppress those stats. One reason he was so successful in Oakland was his ability to limit strikeouts. In 2005 he struck out at a rate of once per 11.4 ABs, which was the 2nd best K rate in the American League. He'd get his first taste of post season play in 2006, hitting a home run against the Twins in the ALDS, and adding 4 more hits in the ALCS in a losing effort against the Tigers. The injury bug bit him in 2007, playing in just 56 games and a career low .214 average over that span. 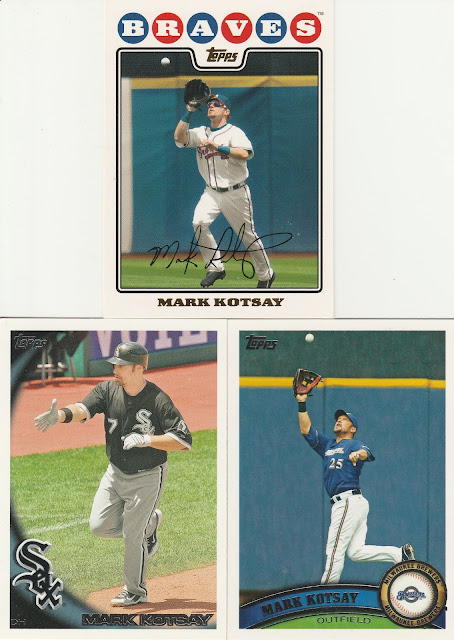 Kotsay was on the move again after that lost season, traded to Atlanta in January. He'd have a rare highlight for Atlanta in August of 2008, going 5-5 and hitting for the cycle. With Atlanta uncharacteristically out of post season contention, Kotsay was dealt again mid-season, going to the Red Sox to help their playoff push. Kotsay was happy to join Boston, as he listed playing in a World Series as his few remaining goals. He was quoted as saying after the trade "the respect of your peers is what you play the game for, and nothing else." He was eager for another shot at a championship with a talented team. He provided depth in the outfield and a valuable bat in the post season, hitting .300 in the ALDS and adding 7 more hits in the ALCS, but the Red Sox were bounced out by the Rays. He would be used as a reserve in 2009 by the Red Sox, then was dealt at the trade deadline again to Chicago. With the White Sox, he would spend more time as a DH than at any time in his career, and was no longer the everyday player he once was. His reputation was that of a "grinder / gamer" but at this point his goal was to provide leadership and defense when called upon. He'd get another post season shot in 2011 with Milwaukee reaching the LCS again, but falling just shy of the World Series.
He'd finish out his career back in San Diego, closer to his wife and kids in Southern California. He had been not so subtly hinting at a reunion for the past few years with the Padres, stating in an interview that he would call the team himself and inquire about an opening in the offseason. The veteran leadership would segue perfectly into coaching. He would retire in 2014, then return in 2015 as the Padres new hitting coach. He would move on to Oakland in 2015 as a bench coach, and recently has been one of the top names for managerial jobs in Boston, San Francisco, and Pittsburgh recently. Another spot opened up today on the South Side, could he be in line again for the role?
For his MLB career, Kotsay had 1,784 hits, scored 790 runs and drove in 720 more. He had 123 outfield assists, and was widely regarded as one of the better outfield defenders in the league by his peers. He was named to the Omaha (College World Series) Hall of Fame in 2014, and was named College Baseball's Player of the Decade for the 1990s.
Do you have any Mark Kotsay memories? I'd love to read them in the comments below.
Thanks for reading!
Posted by Brian at 3:53 PM