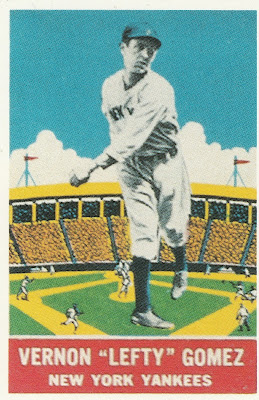 Yes, yes, I know Bogie (nor Ingrid) never said "Play it again, Sam" - just like I know these 2 reprint sets I purchased weren't actually made in 1933. I had some interest in these two sets for a long time, and this seemed like the most economical way to add the 1933 DeLong Gum and 1933 Tattoo Orbit sets to my collection. 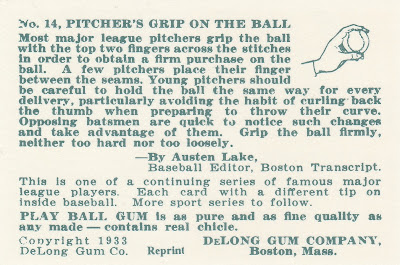 The back of each DeLong card has a tip about playing baseball, provided by Austen Lake, Baseball Editor of the Boston Transcript newspaper. The 24 card set has 15 Hall of Famers in it! 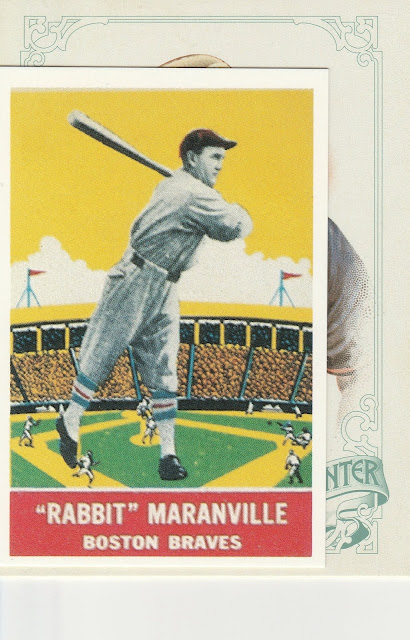 Here you can see how the cards line up against a modern card; they are a little bigger than the 1951 / 1952 Bowman cards. 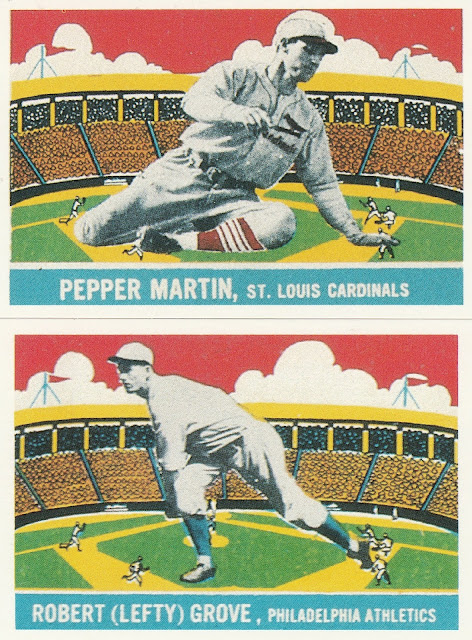 There were even a pair of Horizontal Heroes! Compared to some other issues from the pre-war era, these cards are relatively affordable, but you're still looking at hundreds of dollars per card for even passable condition. 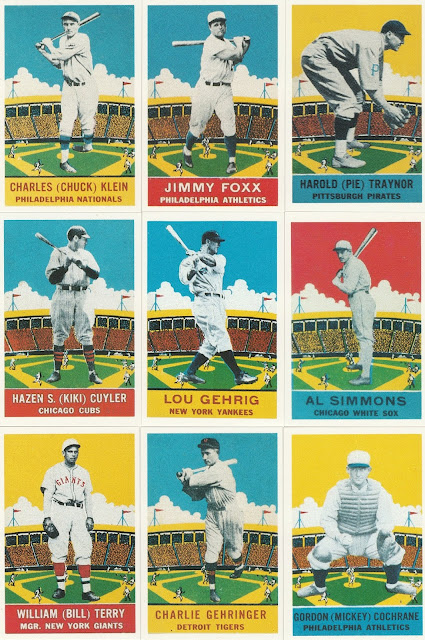 Aren't they pretty? Backgrounds were solid yellow, blue, or red. The nameplate came in a contrasting color. 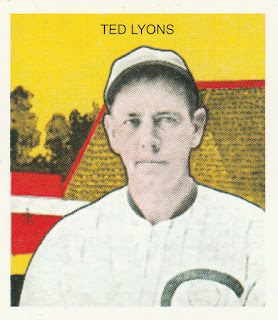 The Tattoo Orbit set is harder to find in the wild than the big set from 1933, Goudey, and even harder to find than the underdog, DeLong. The cards were distributed with gum called Tattoo Gum, from the Orbit gum company. 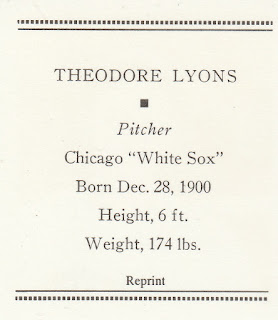 The card backs had a very clean and succinct tale of the tape of each player, including their given name rather than their nickname. 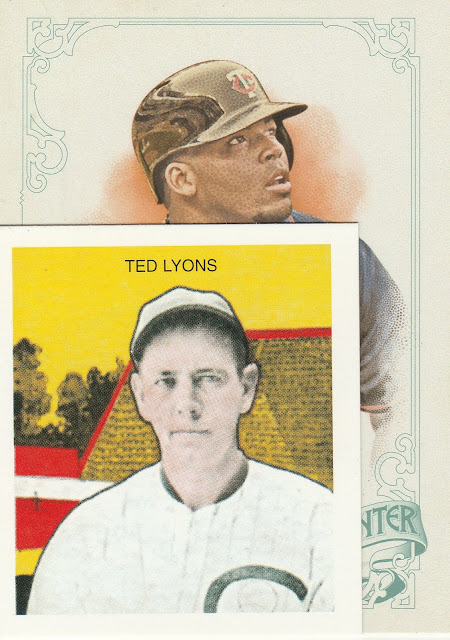 The cards were nearly square - smaller than DeLong, about the size of a 1948 Bowman card. There are 16 Hall of Fame players (and 1 Hall of Fame Manager, Connie Mack) in the 60 Card set. The set curiously omits the Yankees, Giants, Tigers, and Senators, but makes it possible to find more obscure players not featured elsewhere in the 1933 issues. 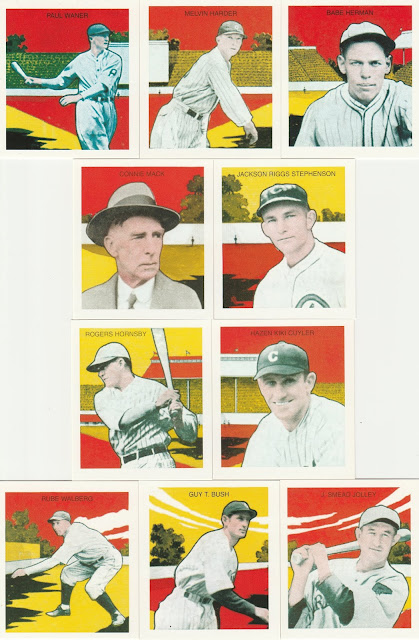 The cards are very subtly tinted, to give the faces more of a flesh tone, contrasted with bright vibrant red and yellow backgrounds. Speaking of the backgrounds, you can even line some of them up to make a panorama of the outfield. Some of them are mirror images. I was a big fan of the artistic flourishes in clouds as well.

Are you a fan of reprint sets? Do you have any reprints in your collection?