Heavy Hitters at the Card Show 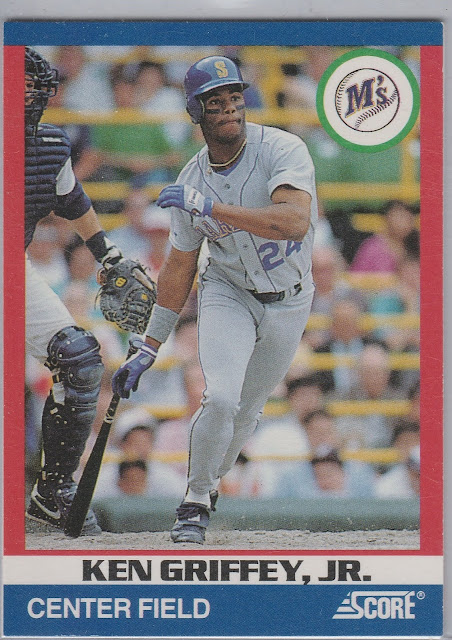 It was a quick trip to the show on Saturday, I was home before noon. I normally spend another hour (sometimes two) at the show, but I decided to make a big purchase on my 1959 set, which pretty much killed my budget for the rest of the morning. 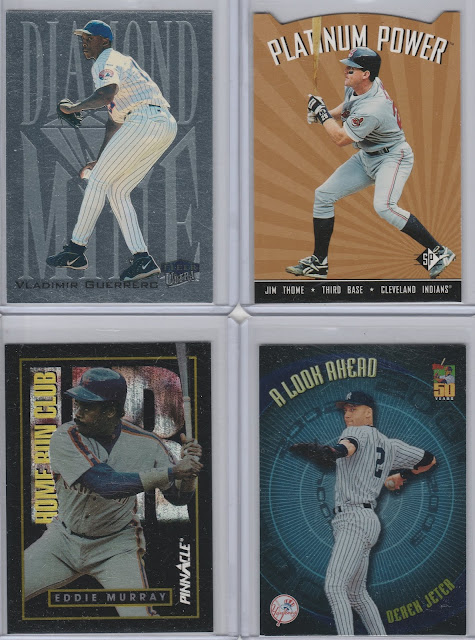 I had a little less than usual to spend overall, but I was happy to find a handful of fun inserts in a 2 for $1 box. I might have that Eddie Murray already, I feel like I see it at every show, and I can never remember if I already have it. 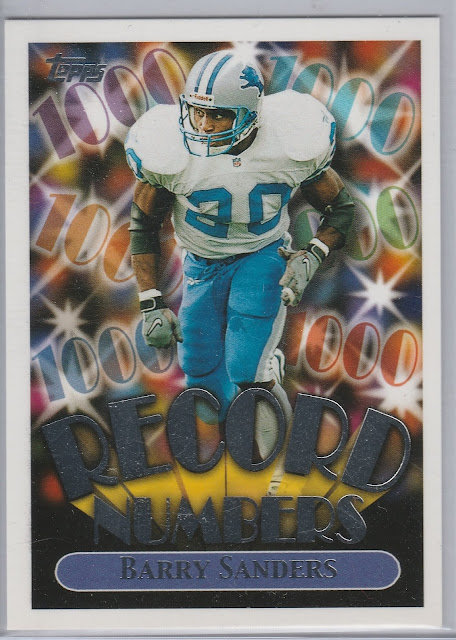 Barry was a throw in for the stack of cards from the same dealer. I am going to try to remember to remind him to bring his Barry Sanders binder to the next show, I have a feeling I will want to clean it out. 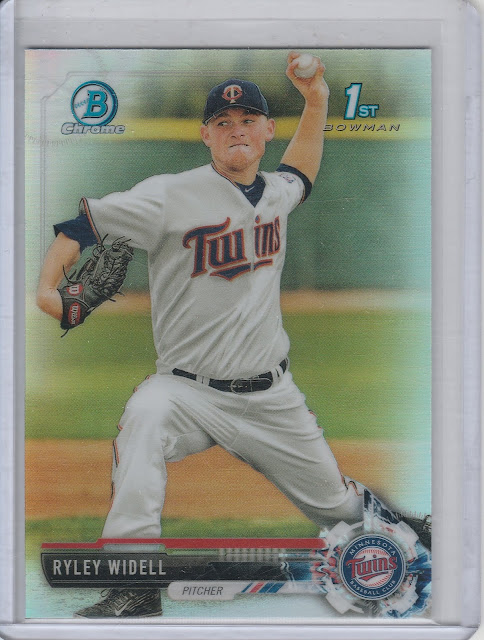 Had to grab a copy of this card - it's rare that I see a Twins prospect that I've never heard of, but Ryley slipped past me until this weekend. 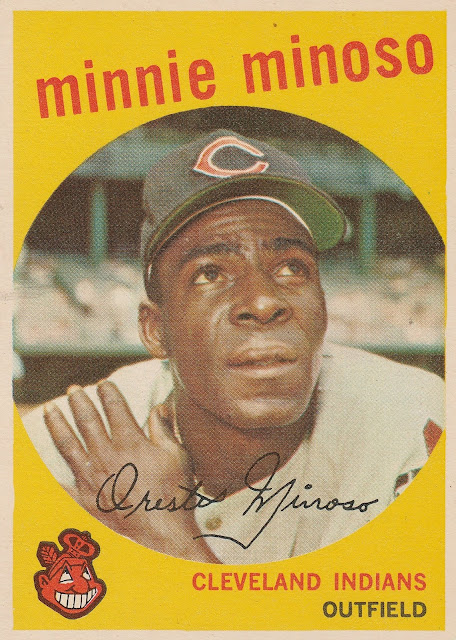 The scanner cropped the edges on this one, but it is almost as sharp as it looks here! Really nice condition for the price. 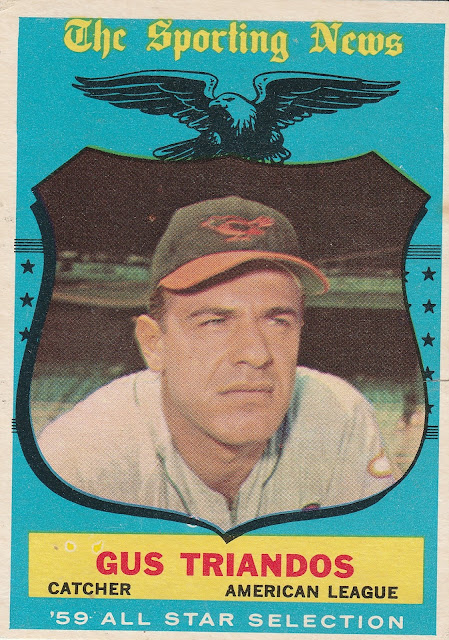 The least well known guy, but these All-Star Cards are all tough to find at a good price. Triandos had 30 plus homers for the Orioles, setting an early franchise record for the team in Baltimore. 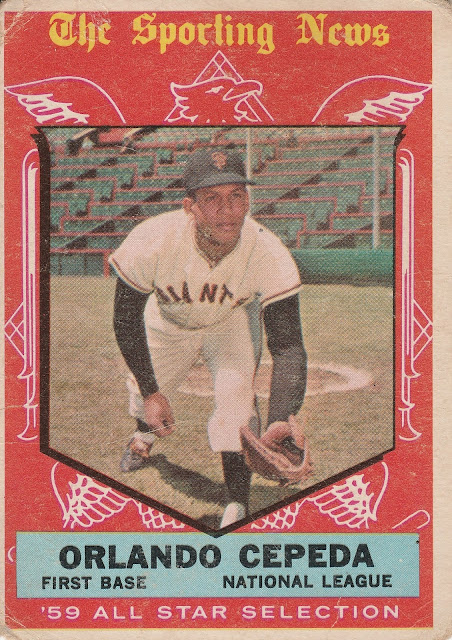 Now we're talking! The reigning Rookie of the Year, the Baby Bull, soon to be just The Bull. Always nice to add a Hall of Famer to the set. 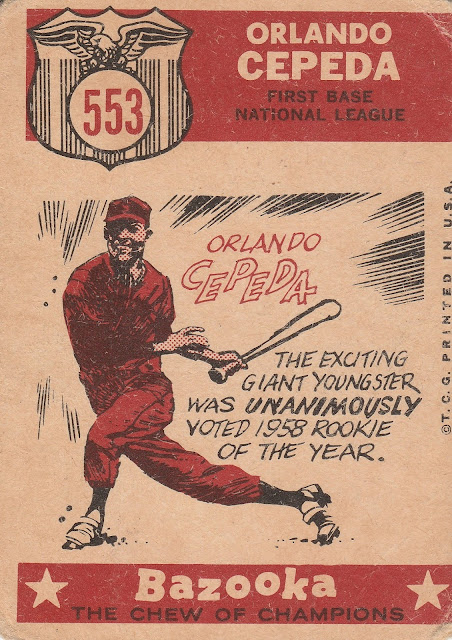 I appreciate the simplicity of the backs on these- all of the players in this subset have base cards too, so there's no need to re-hash stats. 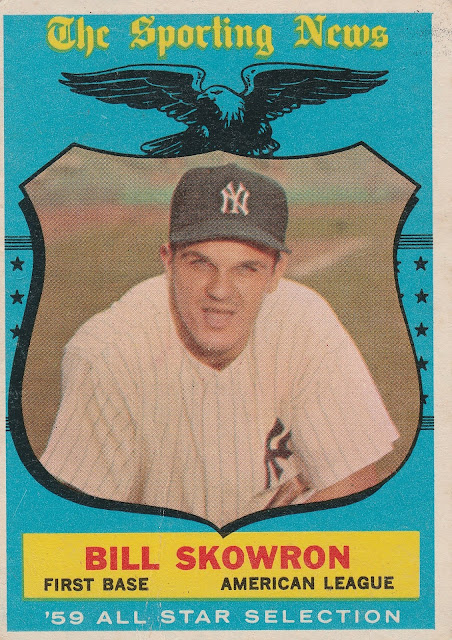 After the Bull, we have a Moose! Skowron has a serious crease running from the bottom of the card up, but at 10% of book value, I am happy. 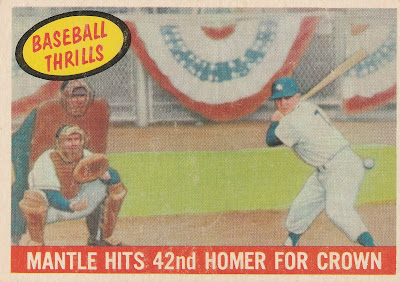 Here was the big one! One Mantle down, two to go! 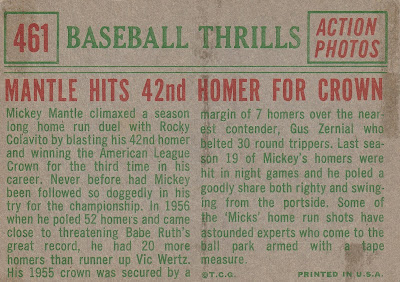 I'm not sure what these stains are exactly- wax from the pack? it doesn't appear to be tape residue, or gum... I'll take it, either way!
Posted by Brian at 6:02 PM