I've got to start with an apology - December has gotten the best of me and I haven't really been posting since the World Series ended. I guess it is the off-season for some of us after. Several folks have sent over cards, and I'll be sharing those over the next week - starting with Douglas from the blog Sportscards from the Dollar Store 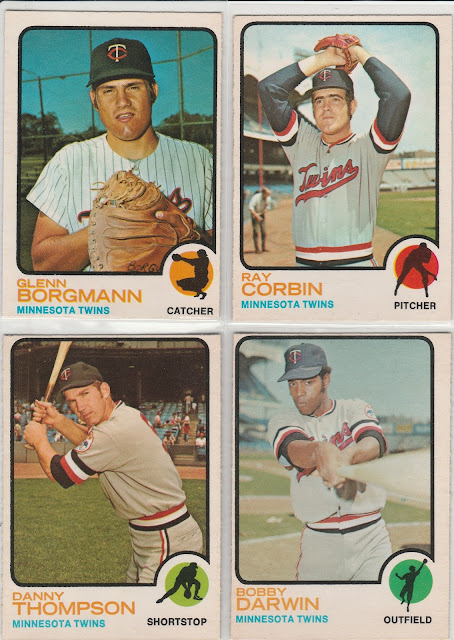 O-Pee-Chee is notorious for ragged edges and centering issues, but these cards still look *pack fresh* ! I literally have only seen OPC cards this sharp come out of a sealed pack, and those were from 1978 and 1979. 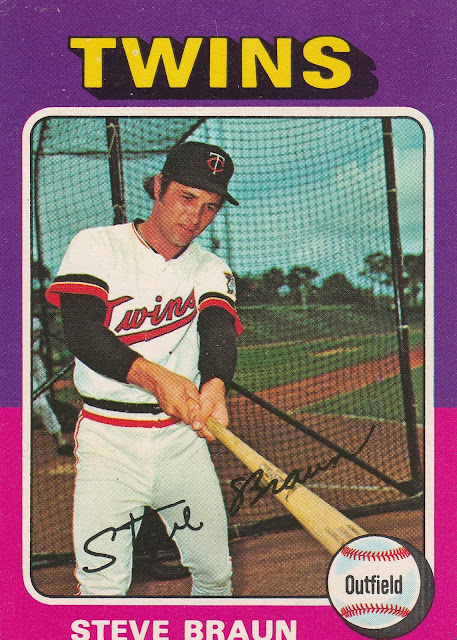 My scanner cut even more harshly than the Canadians on this 1975 Steve Braun. 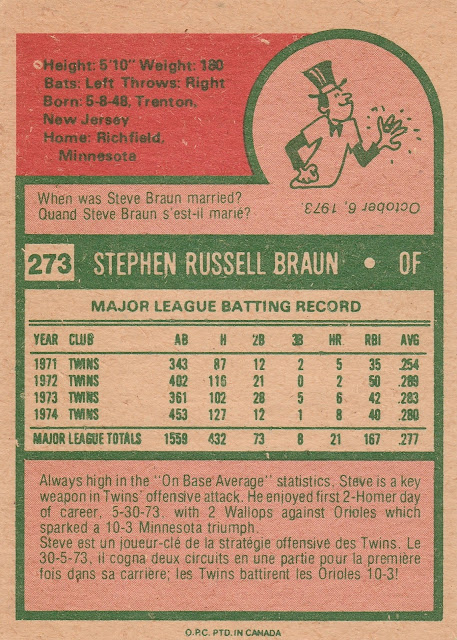 On the back, we learn some very personal info about Braun's offseason plans in 1973. 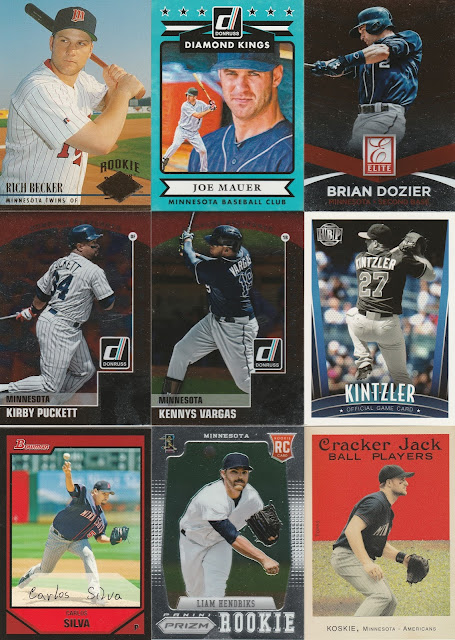 If that wasn't enough, Douglas also included a stack of Twins from more recent stock, including another one of those oddball Hobby game cards. 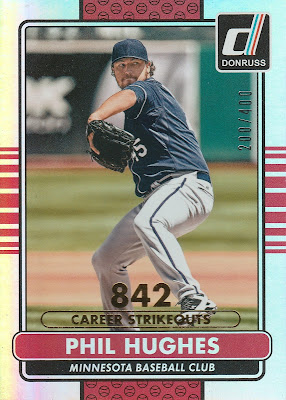 Last but not least a serial numbered Phil Hughes! This was right after the season Phil set a major league record for his ratio of strikeouts to walks. He fanned 186 batters and walked . . . 16. For the whole season! He's been sidelined following Thoracic Outlet Syndrome, but there's always hope in December that he'll return to pitch meaningful innings for the Twins in 2018.