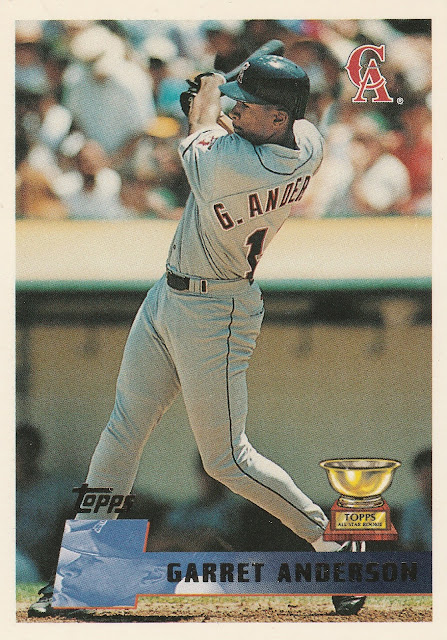 Topps had a host of talented rookie outfielders to choose from in 1995 for their All-Star Rookie Team. AL Rookie of the Year Marty Cordova may have had a better season, but runner-up Garret Anderson was building a resume towards a fantastic career.  The Sporting News did name Anderson as the Rookie of the Year for 1995. 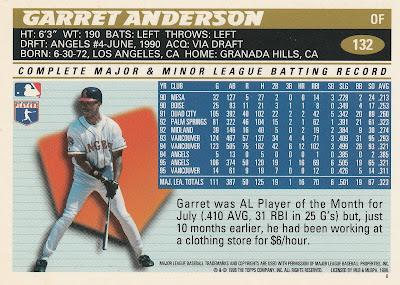 Anderson played in 106 games that season, and finished the season with a hearty .321 batting average. That mark was fueled by a torrid month of July, in which Garret was not only the top rookie, but was named AL Player of the Month for the whole league. He knocked out 19 doubles and smashed 16 homers. 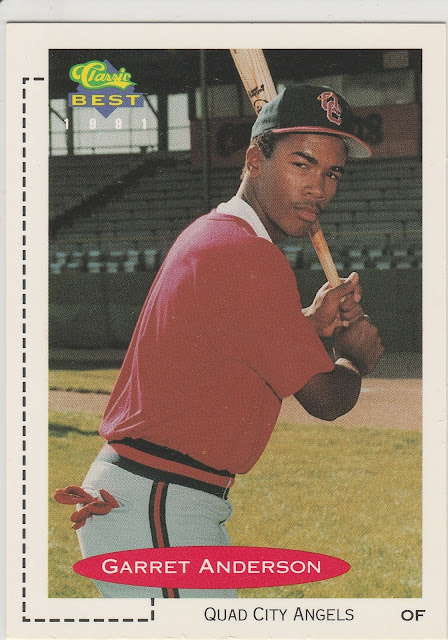 Garret was a 3-sport star in high school in Granada Hills, California - as a Junior he helped lead his team to a Los Angeles City Championship. He was drafted in the 4th Round in 1990 by the Angels, and he made quick work of the minor leagues, climbing a level each year. He was never considered a top prospect in the minors, finishing as the #93 overall prospect in his final minor league season. 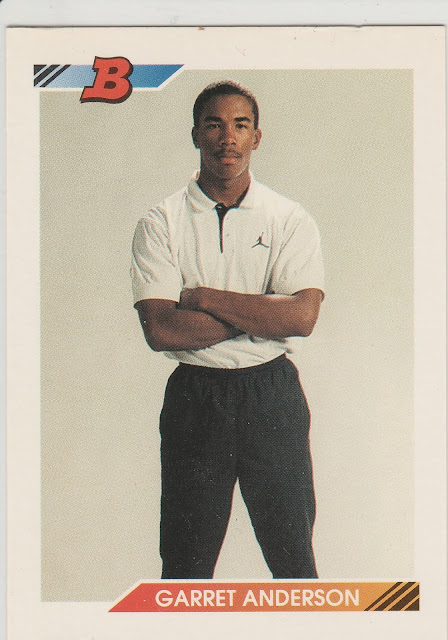 Anderson made his MLB debut in July of 1994, going 2-4 against the Oakland A's, with his first MLB hit coming off Starting Pitcher Ron Darling. Anderson appeared in just 5 games for the Angels in 1994, spending the bulk of the season at AAA Vancouver. 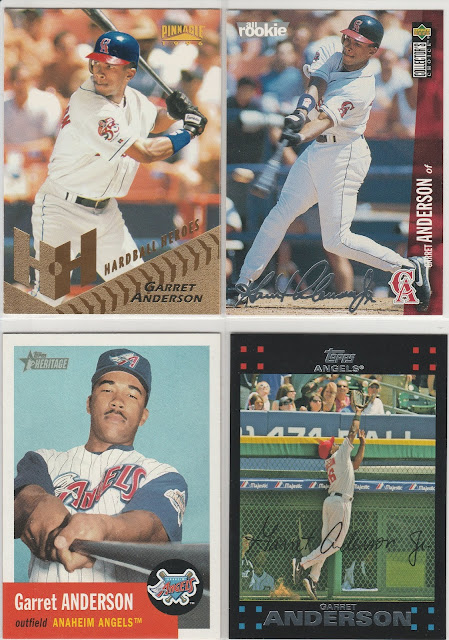 Anderson would go on to become one of the Angels' All-Time greats, finishing his 15 year tenure for the Halos as their all-time hits, runs, RBI, and total bases leader. Anderson developed his power over the years, with big numbers in 2002 and 2003. He would win the Silver Slugger award both years, making the All-Star team both seasons as well. Anderson was a key piece of the Angels' Championship Run in 2002 as well.  The injury bug would strike starting in 2004, and Anderson would lose some home run power but continued to hit near the .300 mark for several more seasons. 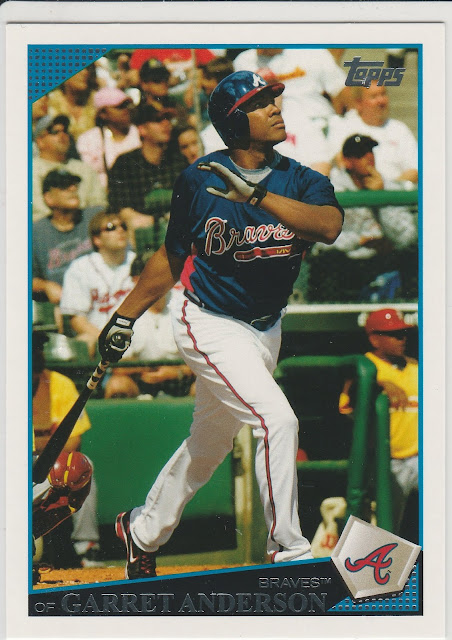 Following the 2008 season, the Angels would let Anderson go to free agency. He would sign with Atlanta and had another typical season for the doubles happy hitter, though his batting average had dipped to just .268. 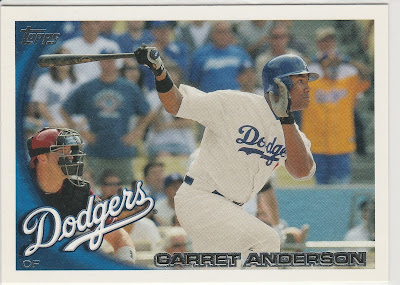 Anderson would return to Southern California for his final MLB season, playing 80 games for the Dodgers, primarily as a pinch hitter. He would officially retire as an Angel in 2011, and was inducted into the Angels' Hall of Fame in 2016.

Anderson was a prolific hitter, and was historically unwilling to take a walk when a hit could be had instead. Anderson never drew more than 38 walks in a single season, despite being the Angels' all-time leader in plate appearances. In fact he had more homers than walks in both 2000 and 2001.

Do you have any good Garret Anderson stories?
Posted by Brian at 6:40 PM